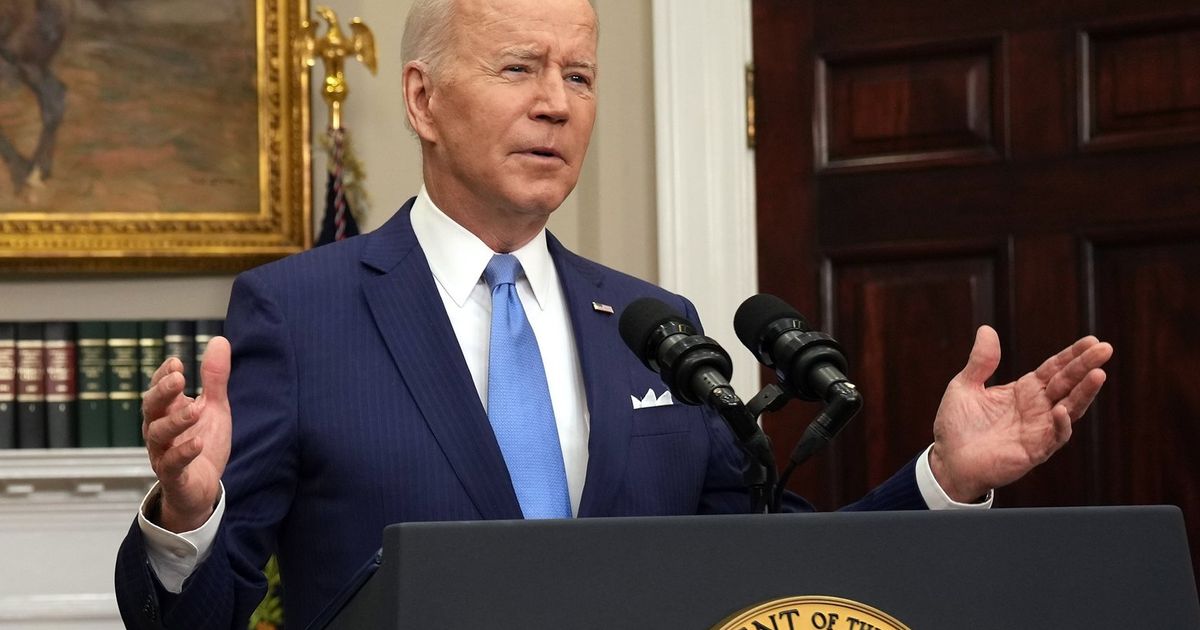 WASHINGTON (AP) — President Joe Biden said Thursday that his administration is “defending” transgender Americans against “hate bills” passed at the state level and that he is committed to advancing equality in the society.

“The onslaught of state anti-transgender laws that attack you and your families is simply wrong,” Biden said in the video. “This administration defends you against all these hateful bills. And we are committed to advancing transgender equality in the classroom, on the playground, at work, in our military, and in our housing and health care systems.

The administration announced several actions to make the federal government more inclusive for transgender people. The measures come as Republican leaders have advanced state measures targeting transgender people as part of a broader push to fuel culture wars ahead of a critical election season.

The administration said the federal government would become more inclusive for transgender people, including through the use of a new “X” gender marker on U.S. passport applications, starting April 11, and new scanners. from the Transportation Security Administration who are not sexist.

It is working to expand the availability of the “X” gender marker to airlines and federal travel programs and will make it easier for transgender people to change their gender information in Social Security Administration records.

Visitors to the White House complex will soon also be able to choose an “X” gender marker option in the White House worker and visitor entry system, which is used to conduct background checks.

At airports, changes will be made to check scanners as well as the introduction of the use of an ‘X’ for travelers going through Precheck who do not identify as male or female. Transportation Security Administration officers will receive new instructions on how to make screening procedures less invasive and will work with airlines to promote acceptance of the “X” gender marker.

In the video, Biden said there was still work to be done to end “the epidemic of violence against transgender women of color and girls of color” and to ensure that transgender seniors “can age in the dignity”. He again called on Congress to pass the Equality Act to help transgender people around the world “live free from discrimination and violence.”

Biden tried to reassure any struggling transgender person, telling them to remember that “you are not alone.”

“You are so brave. You belong. And we have your back,” Biden said.

The administration’s actions follow recent steps taken at the state level to limit the activity of transgender people. At least 10 states have banned transgender athletes from participating in sports at all levels in a manner consistent with their gender identity.

In Texas, Republican Gov. Greg Abbott, who is seeking re-election, has ordered the state’s child welfare agency to investigate care reports confirming the gender of children as abuse.

Florida Governor Ron DeSantis, a Republican seeking re-election and considering a 2024 presidential bid, signed into law a measure on Monday, dubbed by opponents the “Don’t Say Gay” bill, that bans instructions on sexual orientation and gender. kindergarten to third grade identity. The law has drawn nationwide scrutiny from critics who argue it marginalizes LGBTQ people. Republicans and advocates of the law argue that discussion of these topics should take place between parents and their children.

At the White House, “Jeopardy!” champion Amy Schneider, the first openly transgender winner of the popular quiz, will meet second gentleman Doug Emhoff. Emhoff and Admiral Rachel Levine, Assistant Secretary for Health at the Department of Health and Human Services, will separately host a conversation with transgender children and their parents. Levine is the first openly transgender federal official to be confirmed by the Senate.

HHS, the White House said, will also be the first agency to fly a trans pride flag.

Women in Manufacturing Education Foundation Board of Directors Announcement