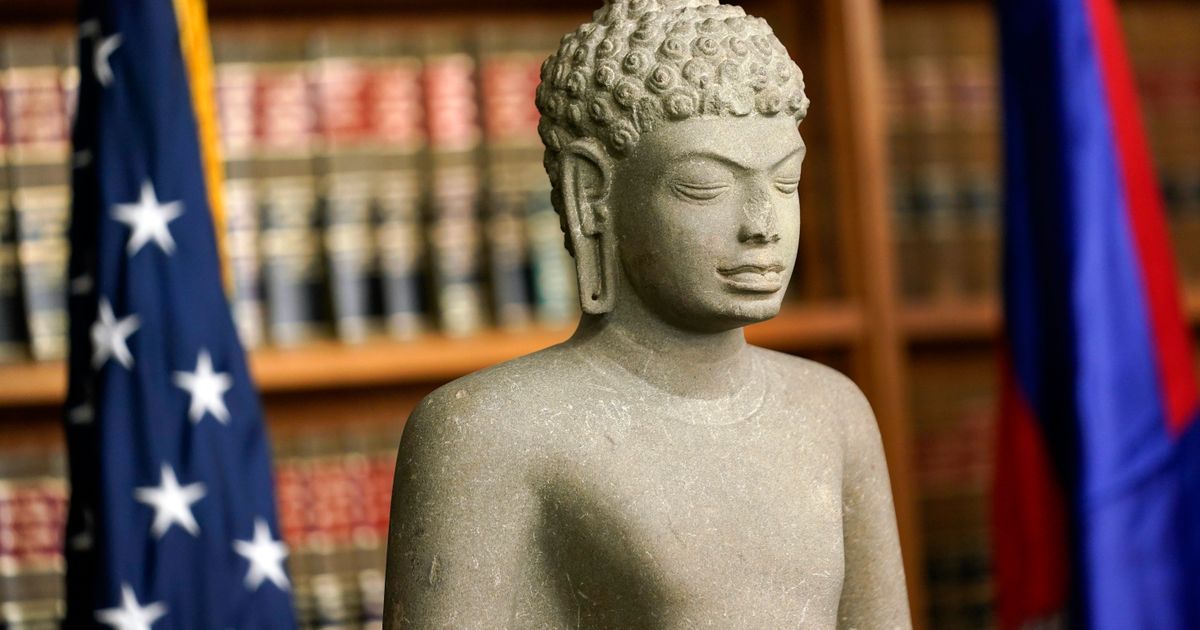 Cambodian Ambassador: Looted works of art are the ‘souls’ of culture

NEW YORK (AP) — Cambodia’s ambassador to the United States said Monday that the transfer of 30 antiquities by U.S. law enforcement to his country was a return of the “souls of our culture.”

Ambassador Keo Chhea spoke at a ceremony in which a 10th-century sculpture, “Skanda on a peacock”, was among several works of art on display as US and Cambodian officials described the impact that the return of 30 antiques would have on the Southeast Asian nation.

“It’s like a return of the souls of our culture to our people,” Chhea said. “We are very grateful.”

Chhea praised the cooperation between the United States and Cambodia in enabling the return of antiquities, but he also said they were tackling an enduring “global problem”.

He added that “we must engage and continue our fight” to prevent further looting and to stop the looting of valuable works of art by tools used by looters, which sometimes results in the cutting of pieces of sculptures.

Some sculptures, including a 10th-century one of the Hindu elephant god Ganesha that weighs more than 3 tons, were too heavy to bring to the ceremony, according to US Attorney Damian Williams.

The sculptures were looted during a long period of civil war and instability in Cambodia, which was ruled by the brutal Khmer Rouge regime in the 1970s.

Williams said organized looting rings — including looters affiliated with the Khmer Rouge — sent the statues to Douglas Latchford, a well-known antiquities dealer, who then sold them to Western dealers, collectors and institutions.

Latchford died before he could be extradited to the United States to face charges of wire fraud conspiracy and other crimes in Manhattan federal court, the prosecutor noted. The indictment was ultimately dismissed due to his death.

Williams said some of the sandstone and bronze sculptures and artifacts were abandoned by their owners when told by US authorities they had been stolen. Others have been claimed through legal actions. They range from the Bronze Age to the 12th century.

“We commend the individuals and institutions that have decided to do the right thing and, after learning of the origin of the antiquities in their possession, have decided to voluntarily return these pieces to their countries of origin,” Williams said. . “We want to encourage anyone who believes they have illegally obtained Cambodian or other antiquities in their possession to come forward.”