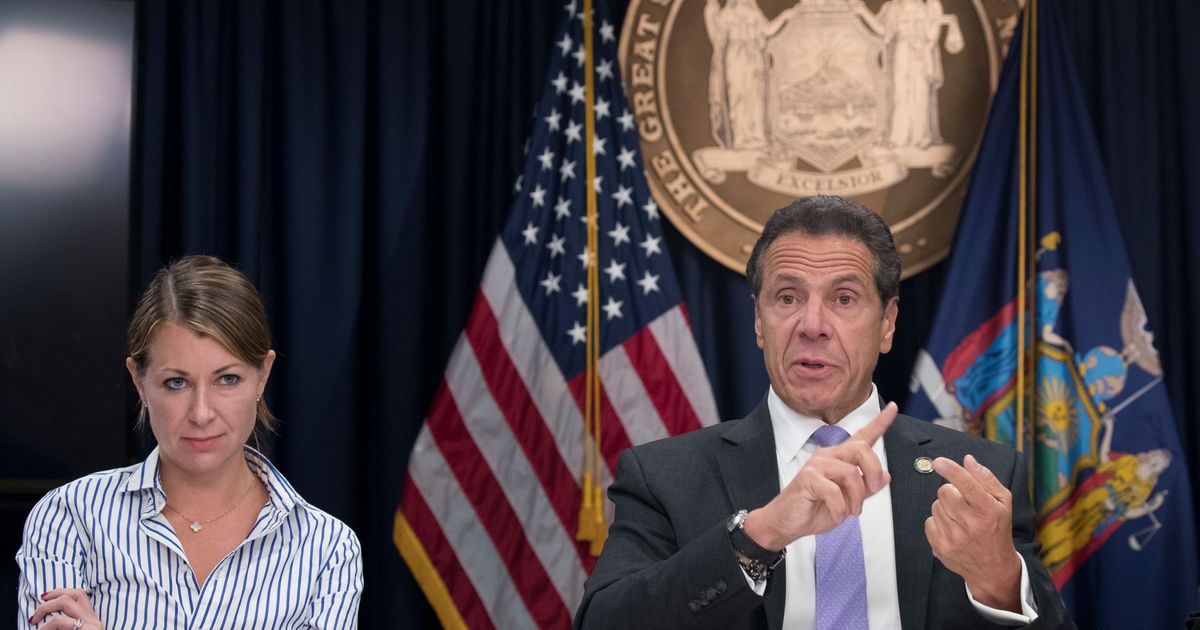 NEW YORK (AP) — Just six months after resigning from office in disgrace over allegations of sexual harassment, former New York Governor Andrew Cuomo appeared to hint at a political comeback in remarks at a church from Brooklyn on Sunday.

The Democrat made a campaign-style stop at a Brooklyn church on Sunday, delivering a speech in which he condemned “cancellation culture.” The public appearance, his first since leaving office, came a week after Cuomo’s campaign launched a digital and television ad campaign pushing a similar message that he was unfairly ousted from office.

Cuomo quoted the Bible repeatedly as he described his struggles, then went on the offensive to attack ‘political sharks’ in Albany who he said ‘smelled blood’ and exploited the situation for political purposes.

“The actions against me were a fault of the prosecutor,” Cuomo said, repeating a theme he has pushed from the start. “They used cancel culture to effectively cancel an election.”

Democratic State Attorney General Letitia James, who released the report last summer finding Cuomo sexually harassed 11 women, hit back at the former governor on Sunday via a statement from her re-election campaign.

“Serial sexual harasser Andrew Cuomo won’t even spare a place of worship from his lies,” James’ campaign said. “Even though multiple independent investigations have found his victims credible, Cuomo continues to blame everyone but himself.”

Cuomo resigned in August, days after an independent investigation found he sexually harassed nearly a dozen women and that he and his aides worked to retaliate against an accuser. On Sunday, Cuomo acknowledged his behavior was inappropriate but was quick to add that nothing he did violated the law.

“I didn’t appreciate how quickly the outlook changed,” he said. “I learned a powerful lesson and paid a very high price to learn it. God is not done with me yet.

Cuomo hasn’t said he’s running for office, but he’s still sitting on a multimillion-dollar campaign war chest he could use to fund another run.

Several New York district attorneys said they found Cuomo’s accusers “credible” but said the available evidence was not strong enough to press charges against him. Last month, a New York State Trooper sued him, claiming he caused her severe mental anguish and emotional distress by touching her inappropriately and making suggestive comments. A spokesperson for Cuomo called the lawsuit “extortion of cheap money.”

Cuomo used his platform Sunday primarily to condemn a social media-fueled climate he says is growing and dangerous.

“Any charge can trigger a conviction without facts or due process,” he said. “We are a nation of laws, not a nation of tweets. Woe to us if we let this become our new legal system.

Returning to a biblical metaphor of crossing a bridge several times to describe his journey, Cuomo hinted that he would not stay out of the spotlight.

“The Bible teaches perseverance, it teaches us to get off the mat,” he said. “They broke my heart, but they didn’t break my spirit. I want to take the energy that could have made me bitter and made us better.