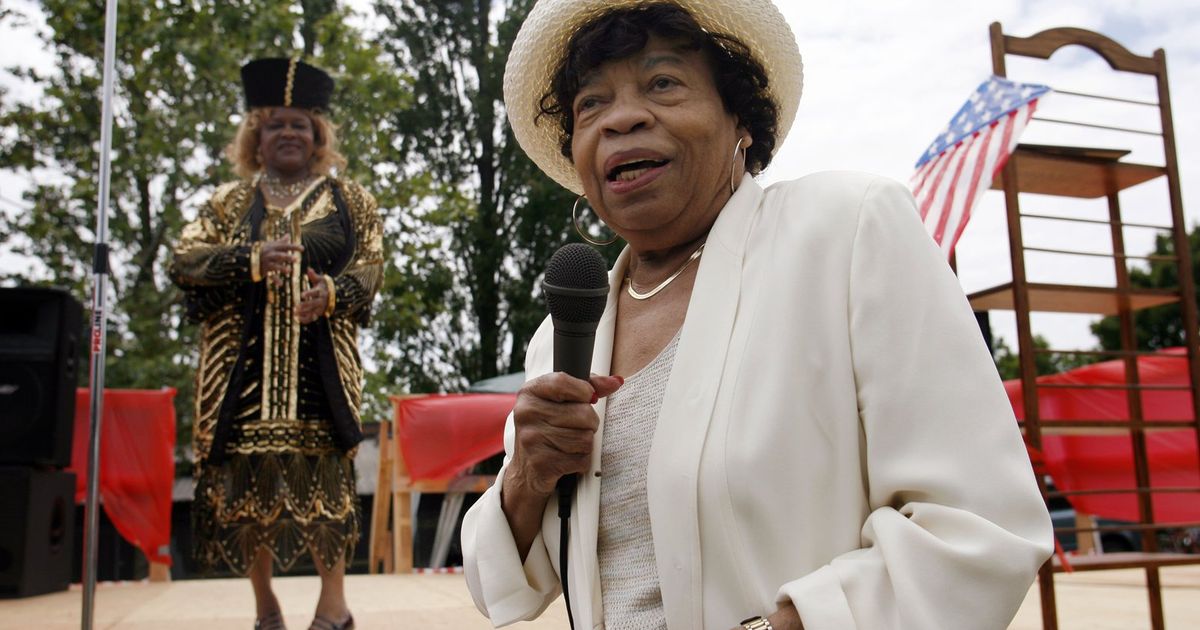 Dorothy Hollingsworth, the state’s first black woman to serve on a school board and a leader in Seattle’s education and civil rights community, died Tuesday at the age of 101.

Hollingsworth touted the importance of education as a path to a prosperous future and championed equal access in the classroom.

“She was fierce,” said her granddaughter, Joy Hollingsworth. “She loved education. She loved children. She knew that the heartbeat of activism, equity, social services was (to be) able to bring resources to families.

A pioneering figure, Hollingsworth earned a reputation as an empathetic advocate for students and like a person with an unbreakable moral compass. After spending years as a teacher and social worker, Hollingsworth eventually served as the first director of Head Start in Seattle, the program that helps children from low-income families, and was elected to the Washington State Board of Education.

Born October 29, 1920, in Bishopville, South Carolina, Hollingsworth spent most of her childhood in North Carolina. When her family struggled financially, Hollingsworth, then a teenager, asked to join her mother at the RJ Reynolds Tobacco Company.

“Her mother said, ‘No, this place is going to kill your dreams, you’re going to go to school,'” Joy recalled, her grandmother saying.

Her church undertook a fundraiser to send Hollingsworth to Paine College, a historically black school in Georgia, in 1941. Hollingsworth would become the first in her family to attend college.

She returned to North Carolina to become a teacher, but found her town growing increasingly hostile.

“She was in downtown Winston-Salem and met a white woman who said, ‘You’ll be nothing but scrubbing floors for white people,'” Joy said, recalling a story his grandmother had told him.

“Hearing someone say that, and you’re going to accomplish all of those things in your life,” Joy said. “That ceiling that people put on you as a black woman taught me about the South, racial tensions, but also taught me the joys of overcoming them and not letting them bring you down.”

Hollingsworth moved to Seattle with her husband a few years later, in part seeking to escape widespread discrimination and racism in the South.

But Hollingsworth quickly realized that the “separatism” she had hoped to leave behind was rampant in her new home, recounting her early experiences in the city in a 2005 interview for the Seattle Civil Rights and Labor History Project.

When she applied for a teaching job with the school district, the personnel manager told Hollingsworth that the district had already hired a black teacher and that it “isn’t extremely willing to hire black people.” When she visited a house in Washington Park, the real estate agent told Hollingsworth that he could sell her the house but that she could not live there.

She persisted. “Don’t let personal experience stop you or destroy you,” she would later tell her students. “Keep on going.”

Hollingsworth joined Christian Friends for Racial Equality, fighting to end housing discrimination. She would help organize marches on Fifth Avenue and pickets at Seattle’s former Bon Marché department store. She became active with the Madison Branch of the YWCA of Seattle and the First African Methodist Episcopal Church, and found friendship among fellow sisters in her sorority, Delta Sigma Theta.

Eventually graduating from the University of Washington’s School of Social Work in 1959, Hollingsworth took a job with the Seattle School District as a social worker, supporting families and students in the city’s Central District.

In 1965, she became the first director of Seattle’s Head Start program, the first in the state. The following year, she was asked to serve on the national advisory board for PBS’s beloved children’s television show “Sesame Street.”

Between 1969 and 1972, she was assistant director of the Model Towns program, which brought neighborhood improvements like updated lighting and renovated playgrounds to underserved communities of color.

“Nobody could work a room like my grandmother,” Joy Hollingsworth said.

In retirement, Hollingsworth kept busy. She served on the board of Seattle Central College and was an “active socialite”, said Joy Hollingsworth. Hollingsworth founded a bridge club for black women and regularly hosted dinner parties with friends – holdovers from the past when they were frequently racially excluded from restaurants, hotels and social clubs.

Later in life, as many of her close friends began to pass away, Hollingsworth treasured her time with her children and grandchildren, Joy Hollingsworth said.

“She was a big family and she loved being the center of attention, she loved a microphone, she loved telling stories,” Joy Hollingsworth said. “We are grateful for 101 years with her.”

His family will host a celebration of life on Thursday, August 25 at First AME Church in Seattle.