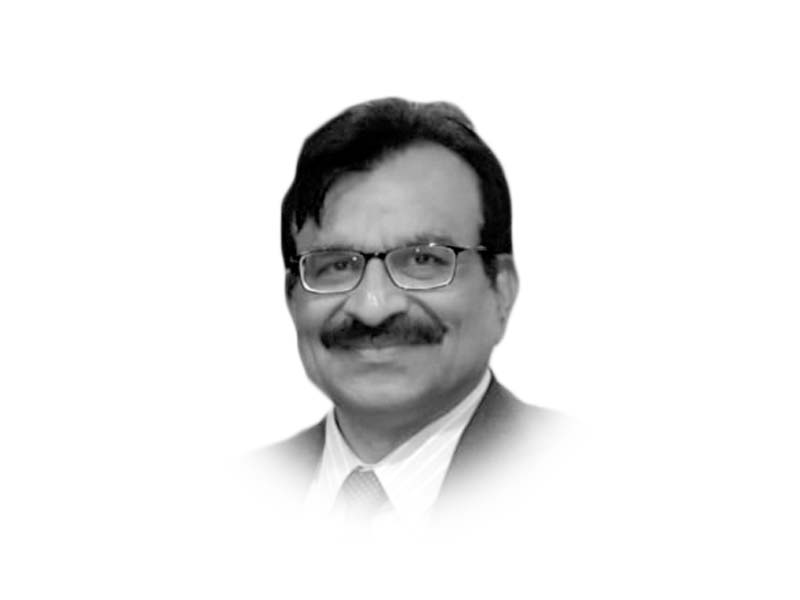 Recently, a renowned political analyst reported that he had met some highly educated Pakistanis and was shocked to see that they were unable or unwilling to synthesize the available information to form an opinion. They were stuck in their preconceived political ideology and were unwilling to use the same factual and logical thinking techniques that they can use in their own profession abroad. We have always believed that once a person receives a good education, he will be a better citizen who can then discuss things rationally. If this person went to the best Western universities and has now lived for decades in Western societies, he should be more accommodating to differences of opinion. Unfortunately, this has not happened, especially in the current political crisis in Pakistan. We see on our national television and our social networks very educated people who have no patience to listen to others. The language that is used on television and on stage has no correlation with their upbringing. What is wrong here and how could we explain it?

Education and knowledge were once overlapping terms, although the former meant formal instruction in educational institutions and knowledge of what we gained by living our lives. But once again formal education became available, over time the education was just about knowing the skills that will be useful to start earning money. When we were in schools and colleges, extracurricular activities were part of normal school life. I studied at Government College Gujranwala and every week we all had to go to a literary club where the teachers came and attendance was noted. There were lots of debates, poetry contests and sports where everyone participated. Students from other colleges used to attend intercollegiate debates and other events that provided opportunities to mingle with those who perhaps lived very differently. This allowed students to understand and appreciate others who might think differently. Sadly, for all intents and purposes, that has stopped now, as schools have turned into coaching academies.

What about our Pakistani expats who should be discussing political difference on another level? Why don’t they allow differences of opinion and love democratic processes while enjoying the same democratic way of life themselves. I have spent many years at top universities in the US and UK. Pakistanis who may have spent years in top Western universities do not benefit from the broader knowledge readily available there. They have a narrow focus on their subject and after hours they stick to each other. After study hours, they have no interaction with their other classmates. It was rare to see Pakistanis involved in extracurricular activities at these universities. From their point of view, it made sense. They came here to study, and good scores were the desired end result. I once told Pakistani students studying at Stanford that “if you’re not going to benefit from the sea of ​​knowledge spread around you (many Nobel laureates and academics par excellence), then instead of come here, you should have used online courses to get the degree.

During my first term at the University of Washington, I too took too many extra classes and struggled to keep up with the load. One foggy Seattle morning, I thought to myself that I already had a medical degree and was a successful clinician, and “the reason I’m here is to gain knowledge and not just to get another diploma. From the following term, in addition to the required courses, I started adding courses that I liked and that were not directly relevant to my field. I took classes in social work, astronomy, and even a computer language class. Once I ventured out of my immediate area, my view of politics began to change. I was meeting not only doctors or epidemiologists, but a diverse student community. Later I attended seminars as top universities regularly bring top experts for these sessions and they are goldmines of knowledge but unfortunately not frequented by Pakistani students. They only gain education and not knowledge. Without knowledge, they have all the handicap of someone who has never set foot abroad.

Even inside Pakistan, I was disappointed to learn that in my new classes of doctors, the majority have not read any books outside of their discipline for the past year. Most read no newspapers and have no broader understanding of current world events. Their knowledge is now based on Facebook’s algorithms and only shows them what they want to see. Most of us now live in an illusion and in this illusion that is bringing our country down.

To get the country back on track, we need to bring knowledge back into education. A degree without knowledge does not help to create a strong and independent country. We want the citizens of Pakistan to know history, sociology, politics, diplomacy to become good citizens. Let’s restart and reinvigorate literary clubs in schools and colleges. Let our children read novels, stories, poetry to learn beyond what is in science books. Let’s do it today and buy your child a book today.

Published in The Express Tribune, May 21st2022.