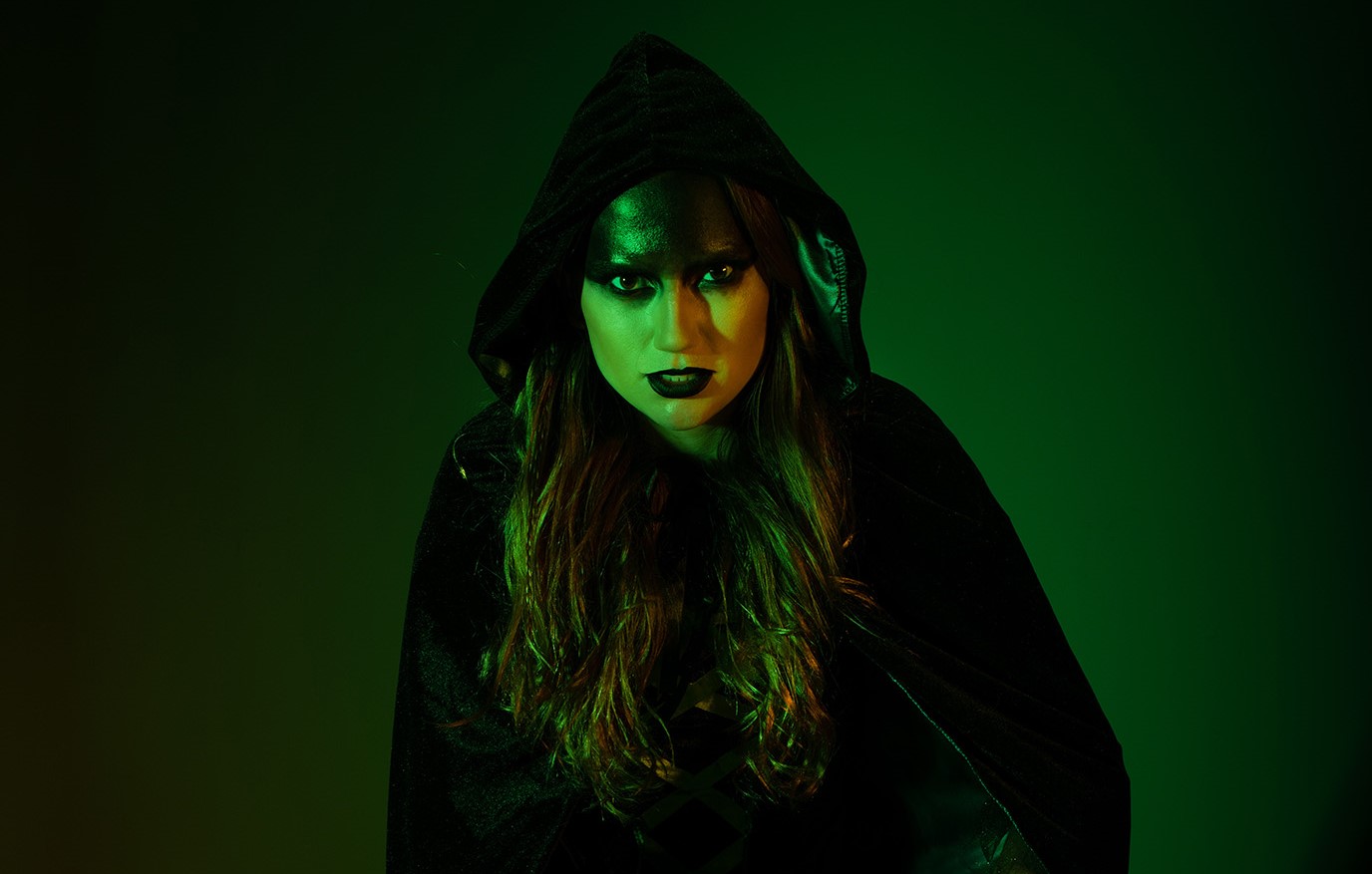 Envy: a feeling of resentful desire aroused by someone else’s possessions, qualities, or luck

“I walked into Stuyvesant High School and thought I was in Chinatown,” Milady Baez, then vice chancellor of the New York Department of Education, complained to her colleagues during a 2018 meeting. Baez’s point was clear: There were, in his opinion, far too many Asian American students at the best magnet school in town.

Baez was penalized (but not fired) for her remark. But she was only expressing what other government officials and educators have said in so many words: that Asian Americans are unfairly overrepresented in the nation’s top schools and universities.

A New York University professor described it as a “hoarding of opportunity” by “privileged racial and ethnic communities”. Former Virginia Education Secretary Atif Qarni has compared the test readiness of Asian American families to “performance-enhancing drugs.” Richard Carranza, then Chancellor of New York City Schools, said, “I just don’t buy into the narrative that any particular ethnic group owns admission to these schools. Alison Collins, vice president of the San Francisco Board of Education (until recalled this year), tweeted that Asian Americans are “using white supremacist thinking to assimilate and move forward”.

Sometimes anti-Asian resentment turns into unfiltered hate: California Congresswoman Cristina Garcia was so upset by the defeat of an affirmative action proposal that she said in a closed-door meeting with colleagues: “It makes me feel like I want to hit the next Asian person I see in the face.

Believe it or not, there is academic research that helps explain why people like this are irritated by the perceived success of Asian Americans.

The researchers found that many people stereotype Asians as highly competent but cold – “test robots with no personality,” as Kenny Xu, author of The Inconvenient Minority, puts it. People who stereotype Asians in this way may begin to see them as a competitive threat and become envious.

And envy can be dangerous.

“In its most virulent form, envy is characterized by the desire to take away the coveted object or advantage from another, even when to deprive it means to lose something ourselves,” writes Anne Hendershott in The Politics of Envy.

Some people are ready to lose a lot to deprive Asian Americans of the places they have won in the best schools.

They are even prepared to lose America’s meritocracy.

An erosion of excellence

Hung Cao was one of those students who thrived in top schools.

A Vietnamese refugee whose family emigrated to Northern Virginia after the fall of Saigon, Cao was a member of the inaugural class of Thomas Jefferson High School for Science and Technology in 1985. He later attended the U.S. Naval Academy and graduated fellowships at Harvard and MIT.

At Thomas Jefferson (TJ) in Alexandria, Va., Cao was “a skinny Asian kid” among a “nerdy teenage mix,” he recalled in The Washington Post. “The unifying priority for us was that we wanted to be there, and even though we collectively groaned through these difficult four years, we thrived… Within these walls we were a whetstone and, in the end, we got our graduate with a sense of pride. who has guided us through every stage of our adult life.

Unfortunately, the merit-based admissions process that won Cao his seat at TJ may soon be a relic.

In 2020, the Fairfax County School Board redesigned TJ’s admissions process so that fewer Asian American students like Cao would be admitted to the nation’s top magnet school. Instead of a race-free admissions test, the new hybrid system emphasizes non-academic factors, including geographic markers that act as proxies for race. Then-Superintendent Scott Brabrand defended the change, saying “TJ should reflect the diversity of public schools in Fairfax County, the community, and Northern Virginia.”

After implementing the new process, Asian enrollment in the school increased from 73% to 54%.

Although TJ’s parents and the Pacific Legal Foundation fought the discriminatory new admissions process and won our case in district court this year, the Fourth Circuit ruled the new process could stay in place while the school board was appealing our victory.

Which means that Asian American students who would have entered TJ on merit will now be rejected because of their race.

In 1923, nearly a century ago, Harvard University proudly unveiled a new inclusive admissions policy that would help the student body become “properly representative of all groups in our national life.”

Instead of focusing on test scores, Harvard’s new policy would emphasize non-academic factors such as personality, background, geography and athleticism. The responsible committee called it an “equal opportunity policy regardless of race and religion”.

But private correspondence between Harvard alumni and officials—notably Harvard President Abbott Lowell—reveals the real motivation behind this policy: Harvard was desperate to limit the number of Jewish students on campus.

“The summer hotel which is ruined by admitting Jews meets its fate,” President Lowell wrote to a professor, “not because the Jews it admits are of bad character […] but the result stems from the arrival in large numbers of Jews of all kinds, except those who easily mix with the rest of the student body.

Incidentally, according to the Group Stereotyping Heat/Competence study, many people stereotype Jews and Asians equally, in envious ways.

As part of the new admissions policy, Jewish enrollment at Harvard was reduced from 21% in 1922 to 15% in 1933. For the first time, applicants were asked about their backgrounds and asked to send in their photos. Amorphous qualities like “character” became the new measure of an ideal Harvard man.

And if that meant the application process wasn’t as meritocratic as it once was, so be it: after all, according to a Harvard report, “standards should never be set too high for serious, ambitious students of average intelligence.” “.

A pattern of discrimination

Now Students for Fair Admissions is taking Harvard to the Supreme Court for “commitment[ing] in the same form of heinous discrimination against Asian Americans that it once used to limit the number of Jewish students in its student body,” as the petitioners state in their brief.

Looking at Harvard admissions officers’ scores, it’s impossible not to see a pattern in how Harvard treats applicants: The school consistently uses its “personality score” to downgrade Asian applicants, using a language that conveniently conforms to the competent but cold stereotype of Asians.

“He’s quiet and, of course, wants to be a doctor,” an admissions officer notes of an Asian applicant.

Another calls an applicant “so typical of other Asian applications I’ve read: extraordinarily gifted in math with the opposite extreme in English.”

The notes recall a particularly blunt quote from Daniel Golden’s book, The Price of Admissions, in which Marilee Jones, Dean of Admissions at MIT, said of rejected Korean American candidate Henry Park: “Henry Park may have looked like a thousand other Korean kids with the exact same grade, activity, and temperament profile…yet another textureless math grind. Park had been rejected from several Ivy League schools, despite ranking and scoring higher than his peers at private school Groton. His parents were middle-class Korean immigrants “who saved up to send their son to Groton because of his outstanding college placement record,” the Wall Street Journal reported.

After Park’s rejection, her mother told the Journal that she had been naïve. “I thought college admissions had something to do with academics,” she said.

As PLF argues in our amicus curiae brief in the Harvard case, classifying Americans into crude racial categories is profoundly harmful: it perpetuates false stereotypes and degrades the dignity of individuals, each of whom deserves to be considered according to their own merits.

It also encourages the worst kind of tribalism, in which racial and ethnic groups are pitted against each other in a toxic, envy-fueled battle.

This article first appeared in the Fall 2022 edition of Sword&Scales.