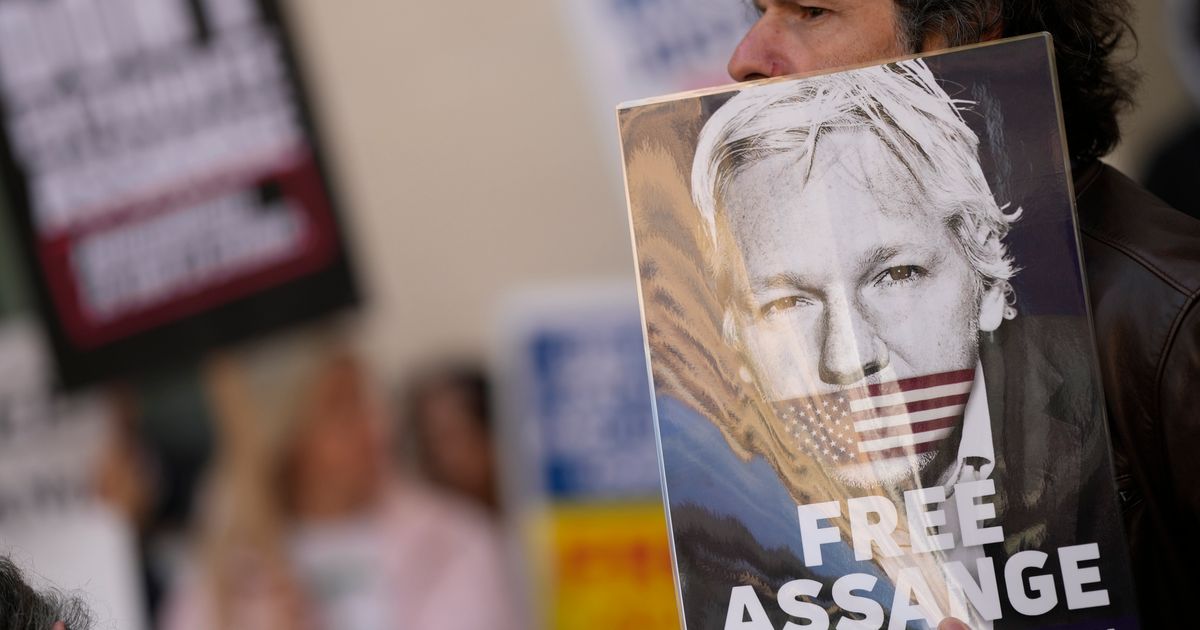 LONDON (AP) — A British judge on Wednesday formally approved the extradition of Julian Assange to the United States to face espionage charges. The case will now go to the UK Home Secretary for decision, although the WikiLeaks founder still has legal remedies.

The order, which brings the end of the years-long extradition battle closer, comes after the UK Supreme Court last month denied Assange leave to appeal the decision of a lower court that he could be extradited.

District Judge Paul Goldspring issued the order during a brief hearing at Westminster Magistrates’ Court as Assange watched via video link from Belmarsh prison and his supporters gathered outside the courthouse, demanding his release.

Home Secretary Priti Patel will now decide whether to grant the extradition.

The move does not exhaust legal options for Assange, who has for years sought to avoid a trial in the United States on charges related to WikiLeaks’ release of a huge trove of classified documents more than a decade ago.

His lawyers have four weeks to make submissions to Patel and can also appeal to the High Court.

Supporters and lawyers of Assange, 50, argue he was acting as a journalist and is entitled to First Amendment free speech protections for publishing material that exposed the wrongdoings of the US Army in Iraq and Afghanistan. They argue that his case is politically motivated.

A British district court judge initially rejected a US extradition request on the grounds that Assange was likely to commit suicide if held in harsh US detention conditions. US authorities later assured that the WikiLeaks founder would not undergo the harsh treatment which his lawyers say would put his physical and mental health at risk.

In December, the High Court overturned the lower court’s decision, saying the US pledges were sufficient to ensure Assange would be treated humanely. The Supreme Court in March rejected Assange’s attempt to challenge the ruling.

Assange’s lawyers say he could face up to 175 years in prison if convicted in the United States, although US authorities have said the sentence is likely to be much less than that.

Assange has been held in Britain’s high-security Belmarsh prison in London since 2019, when he was arrested for skipping bail in a separate legal battle. Prior to that, he spent seven years inside Ecuador’s embassy in London to avoid being extradited to Sweden to face allegations of rape and sexual assault.

Sweden dropped sex crime investigations in November 2019 because so much time had passed.

Last month, Assange and his partner Stella Moris married in a ceremony in prison.