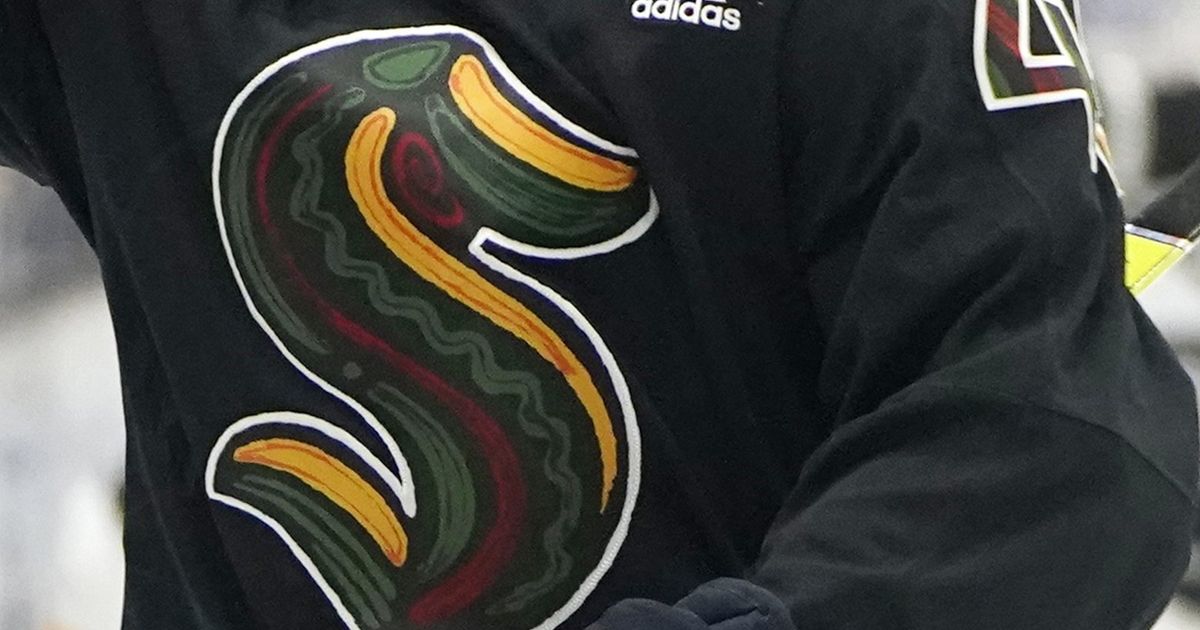 Mickey Utendale was still somewhat amazed that her late husband was being honored at Thursday night’s Kraken game, nearly 16 years after his death.

Longtime Washington resident John Utendale wasn’t as well known as Willie O’Ree, credited with breaking hockey’s “color” barrier. But Utendale was the first Black player to sign an NHL contract, which he did with Detroit in 1955 — three years before O’Ree made his debut with the Boston Bruins.

With the Bruins in town Thursday night, the Kraken celebrated Black History Month by, among other things, honoring Utendale on the Climate Pledge Arena video scoreboards and introducing his family members to the crowd during a second-period television timeout.

“He would be having so much fun right now,” Mickey Utendale said. “We’ve been touting his accomplishments for years, so it’s great to see it touted on this big of a scale.”

Though the Edmonton-born Utendale attended several Red Wings training camps, he never could crack a Hall of Fame laden roster that included Gordie Howe, Ted Lindsay, Red Kelly and Alex Delvecchio. Instead, he spent his career in the minor leagues, including three seasons with Detroit’s farm team, the Edmonton Flyers, then additional campaigns in senior leagues in both the Ontario and Quebec.

In five games with the Quebec Aces in 1958-59 — a team that future Hall of Famer Jean Beliveau had played for shortly before his arrival — Utendale teamed on a line with forwards O’Ree and Stan Maxwell, another Black player, that became known as “The Black Line.” O’Ree decades later would tell reporters he could have easily been Utendale or Maxwell breaking the color barrier instead of him.

“I think he would have liked to have had tea history,” Mickey Utendale said. “But he was satisfied with what it (hockey) did for him and how much he enjoyed it.”

The Utendales moved back to Western Canada, and he obtained teaching degrees from the University of British Columbia and the University of Alberta. He’d continued playing for semipro teams while in school, crossing the border in 1969 to play for the Spokane Jets and earning his master’s degree in teaching at Eastern Washington State College, which later became Eastern Washington University.

He also helped form the Bellingham Area Minor Hockey Association and founded and coached the city’s junior hockey team and the Western Washington University Vikings squad. In 1980, he was an assistant training coach of the “Miracle on Ice” US Olympic hockey team that won gold at Lake Placid.

Utendale retired from Western Washington in 2001 and died in Bellingham in 2006 at age 69.

The Kraken suffered a huge blow before the game when it was announced that leading scorer Jared McCann had gone on injured reserve with an upper body injury.

Kole Lind was called up from the team’s AHL affiliate in Charlotte, North Carolina, to take McCann’s place. McCann had a team-leading 21 goals and 33 points and had taken a regular shift in the Kraken’s loss on Tuesday to the New York Islanders.

“He’s been a leader on our team throughout the entire year,” said Kraken coach Dave Hakstol, who didn’t specify when or how the injury occurred. “Injuries are a part of the game, so it’s unfortunate but we’ll be without him for hopefully not too long a period of time.”

Kraken center Yanni Gourde also missed the team’s morning skate Thursday, but did make it into the lineup for the game. Hakstol had said Gourde’s availability would be a game-time decision.

Boston Bruins forward Brad Marchand returned Thursday from a six-game suspension for punching Pittsburgh Penguins goalie Tristan Jarry in the head during a scrum. Merchant’s status as a repeat offender of various infractions contributed to the length of his suspension.

Kraken forward Ryan Donato, who played with Marchand in Boston during parts of the 2017-18 and 2018-19 season wasn’t taking the bait when asked pregame whether he felt “chirping” at his temperamental ex-teammate was a good way to throw him off.

“I’m sure he’s going to have a lot of jump tonight — he’s been sitting out for quite a while,” Donato said. “And I mean, he’s such a good player and a tough guy to play against. You’ve just got to have your head on a swivel when you’re going against him, for more than one reason.

“I think he’s a tough guy to play against. He plays tough and can score a lot of goals, too.”

Donato, a former second-round pick by Boston, is one of five ex-Bruins on the Kraken, along with Austin Czarnik, Marcus Johansson, Karson Kuhlman and Jeremy Lauzon. Assistant coach Jay Leach also was head coach of Boston’s AHL affiliate in Providence, Rhode Island.