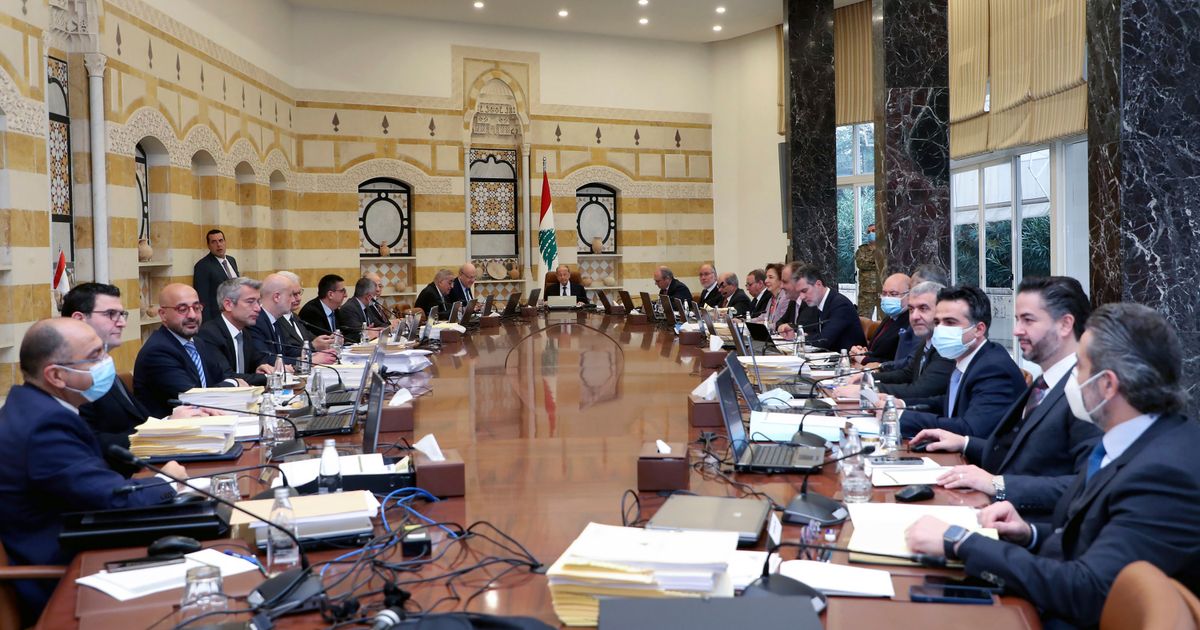 BEIRUT (AP) — Lebanon’s government met on the budget Monday for the first time in more than three months as talks with the International Monetary Fund over the country’s economic collapse were set to resume.

The developments were aimed at controlling Lebanon’s worst economic crisis in its history. The Cabinet meeting at the presidential palace came after the powerful Hezbollah and its main Shiite ally ended their boycott and were preparing to help design a recovery plan.

The draft budget for 2022 is expected to propose higher taxes and duties in a country struggling to deal with soaring poverty levels and hyperinflation.

It also plans to spend more than £49trillion while revenue stands at just over £39trillion, with a deficit of around 21%. Critics say the shortfall will be covered by printing money, which would lead the Lebanese pound which has lost more than 90% of its value in the past two years to lose more in the coming months.

It is unclear what exchange rate the government will use for the budget as there are multiple rates across the country. The official rate is still 1,500 pounds for one US dollar while the black market rate is around 23,000 pounds. Several other rates are used for the withdrawal of bank deposits.

Lebanese economist Alia Moubayed called the draft budget “clever and dangerous”, with issues ranging from the use of multiple exchange rates to the indirect legalization of the transfer of foreign currency deposits into Lebanese pounds. The government’s failure or refusal to recognize the “disastrous” economic and social status resulting from decades of corruption and mismanagement by Lebanon’s political class is also concerning, she tweeted.

Lebanon’s economic crisis has been described by the World Bank as one of the worst in the world since the 1850s. The collapse left three quarters of the population of 6 million people, including 1 million Syrian refugees, in poverty.

The government is expected to discuss the draft budget every day until Friday. If approved, it will be sent to Parliament for discussion and will require a majority vote to pass.

The meeting is the first since October 12, when Hezbollah and its ally, Parliament Speaker Nabih Berri’s Amal Party, demanded changes to the nationwide investigation into the devastating August 2020 blast at the port of Beirut and effectively paralyzing the government.

Hezbollah had called for the dismissal of the investigating judge in charge of the port explosion, accusing him of bias. Judge Tarek Bitar has meanwhile faced a slew of legal challenges and lawsuits calling for his removal, which forced him to suspend the investigation at least four times. The probe is currently suspended.

Bitar had summoned and charged several senior officials with willful negligence leading to the explosion, which killed more than 200 people and injured thousands. Both Shia groups have vowed to continue their efforts to remove the judge.

West Seattle Blog… | Play pickleball or tennis? Seattle Parks has a few questions for you