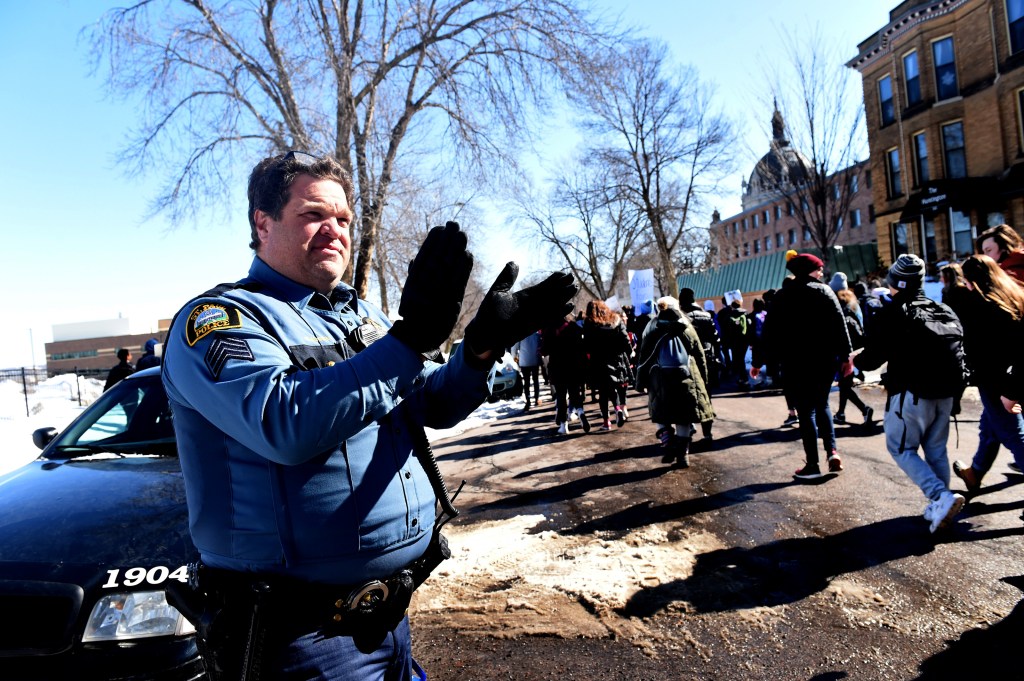 Think about this fusion

It seems obvious that many people’s problems start at an early age, so please consider merging law enforcement, social welfare and public education departments under one roof. Early detection, community involvement, social intervention and legal advice can help alleviate many of our current growing problems.

Have you heard of downtown Saint-Paul? It sits on the Mississippi River and if you walk down Shepard Road and look up, it looks like post-war Germany.

Where does the priority to develop Crosby Park come from, and why is there such aversion to making downtown St. Paul a destination? Everything described in the article (“River Learning Center planned for St. Paul,” by Frederick Melo, June 19) is what is needed in downtown St. Paul, but no one can find the right one location.

“We’re actually trying to reorient the city towards the river, which is one of the three great rivers of the world,” said Mary deLaittre, executive director of the Great River Passage Conservancy, the city’s primary fundraising partner for river projects. “But there aren’t many places to go to get a drink and go down and touch it.” The article continues: “An elevator or canopy walk could connect the cliff to the riverside or take visitors to the roof of the nature center. Just off Shepard Road, the nature center’s tower-like vertical structure built atop the river bluff would create a view of the entire Bay Area.

I invite you to read Melo’s article. The whole idea is tailor-made for downtown St. Paul.

Pedestrian safety is the #1 concern in (all) neighborhood surveys, and Seattle’s experience with light rail hazard is very important. While the rail from Seattle runs through a standard “square” grid, the rails on West Seventh in St. Paul are further complicated by diagonal streets with deadly consequences for the West End.

Also: Now that Ryan Companies and the University of St. Thomas are negotiating for land at Highland Bridge, I wonder about the conversations about public transit and the implications for (parts of) Highland Bridge and the Arena of potential hockey, etc., not to mention the Railroad Spur.

Listen on the library

I am an avid reader of national magazines and local print news sources. I read daily, with few exceptions, the Pioneer Press (electronic and print) for about 40 years, as well as the Midway Monitor. I am also subscribed to the Hamline Coalition e-newsletter. I believe libraries are an important part of American neighborhoods that promote education and democracy.

This spring, I found out by accident at an open house for Hamline Midway that the city had four options for the Hamline Midway Library, two of which involved demolition and reconstruction, one that proposed moving the library to the front and build an addition to the rear, and one that proposed to renovate the existing building and add an addition to the front. None of the options seemed to make sense to me.

I was very surprised that none of the “upgrade” options involved building a multi-story building like Menards or even the Roseville Library. Why the hell wouldn’t you rebuild with a two- or three-story structure to maximize space? I also learned that the library has been neglected for years and basic maintenance has been ignored. How can the city get away with this?

Finally, after attending a community forum in April at Hamline Church, it became clear that most people in the neighborhood want to save money and see the library restored and modernized. What has also become apparent to me is that the city council/library board and our representative on the board are not listening to us. It feels like our neighborhood is under attack again, just like two years ago, when strangers descended on the Midway, destroyed businesses and burned down several buildings. Many of these miscellaneous businesses never returned.

I saw the architect show an option for conservation in the library auditorium recently alongside an option to demolish. What happened to this option?

If the library is torn down, our wonderfully diverse neighborhood will again be devalued. Did the many people who use the library computers contribute to this bulldozer proposal? Why would anyone ignore the will of the people in a democracy? Why take a poll and ignore the results? Does anyone really listen more? This model shocks me.

Weapons that blow people up

In late 1967, while I was on a ground assault in the central highlands of Vietnam, a North Vietnamese army soldier got up to fire on my squad with his AK-47. I fired a short burst from my M-16 and it instantly fell to the ground. I ran to secure his assault weapon and noticed that I had grazed his right temple with a bullet. The right side of his skull was missing. His empty skull was crushed and badly deformed. His brain was lying on the ground next to his skull. I remember thinking when I saw his brain: “brains really look like brains”. I was 19 years old.

A few hours later, a soldier to my right spotted someone crossing our position from left to right. As I looked at this person, a shot rang out from an M-16. This time a bullet entered through the right side of their head and exited through the left. The head exploded like a water balloon. Then the rest of the body fell to the ground. When I ran to see, the body had no head. Just beyond, the field was strewn with pieces of hair, scalp, bits of skull and pieces of brain tissue. I turned around and left…

Unlike other firearms, assault weapons (including the M-16 and the more powerful AR-1S) fire low-mass bullets at supersonic speeds. The bullet’s kinetic energy creates a small entry wound into the body, but every internal tissue it passes through afterward is turned to mush by the expanding supersonic shock wave that follows. Then the bullet exits with a much larger wound than when it entered.

Great psychological damage is also inflicted on an enemy when he sees his friend’s head and body parts explode before his eyes. Assault weapons are designed to inflict maximum physical and mental damage when fighting an enemy.

Now imagine someone firing hundreds of those bullets from an AR-15 down hallways and into classrooms full of your kids. A few years ago I heard a proposal that police armed with AR-15s would patrol schools in Florida. Imagine when the police enter a school and engage a shooter in an AR-15 shootout with teachers and your panicked kids caught in the middle.

School students and teachers affected by mass shootings: I can only imagine what you have been through. You have seen your friends get hurt and killed. You survived without being killed. You helped your wounded. You have buried and mourned your dead. Some of you have organized to try to solve a problem that you know only too well from experience.

Sorry, your lives are changed forever. I’m sitting here over 50 years later, and I remember it all. Everything comes back to me, especially on days like this. As survivors, you will forever remember your friends who did not survive. The tears never dry up. Please finish school and live the life you want, you owe it to your unsuccessful friends. Continue your movement. Bring something positive out of your disaster.

Survivors of the school massacres will suffer from major PTSD in the days and months to come. They are going to need help. I hope their states have a mental health program for survivors of assault rifle massacres. I can still go to the VA, where can they go?

Trust America and Minnesota and their institutions.

How to Use a Home Equity Loan for Debt Consolidation