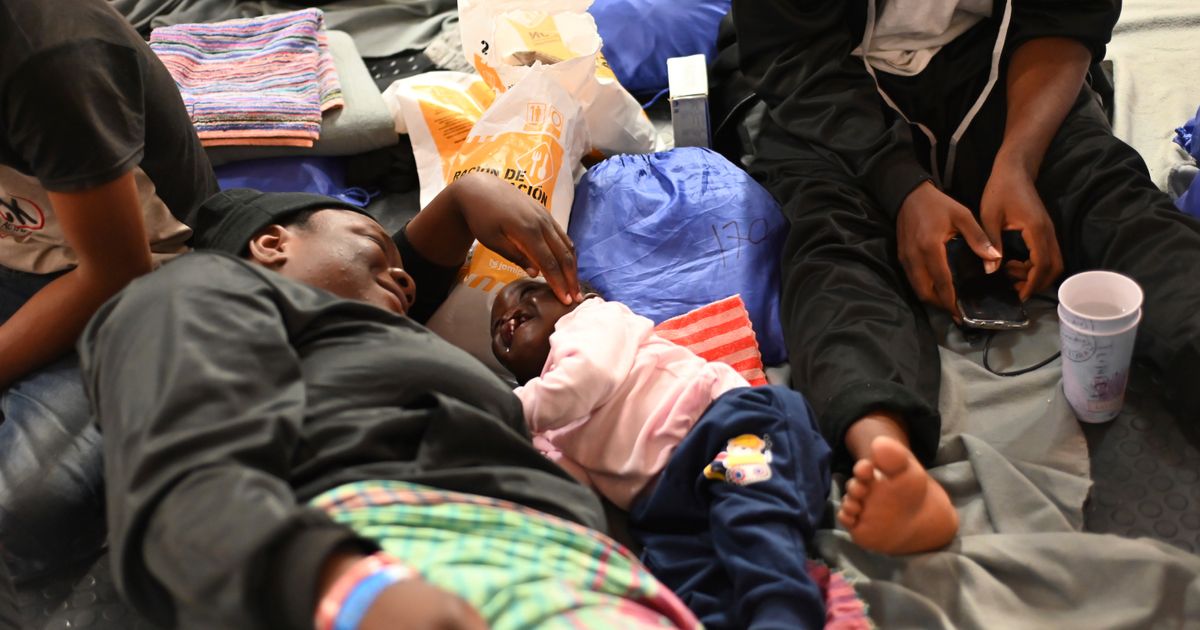 MILAN (AP) — Italy’s new far-right-led government passed a measure on Friday formalizing the closure of its ports to save ships run by humanitarian groups as four vessels carrying more than 1,000 migrants continued to press for a safe harbor.

Interior Minister Matteo Piantedosi told reporters that Italy would allow a German migrant rescue ship to arrive in Sicily to disembark minors and people with medical emergencies, but said the ship must then return in international waters with the rest of the migrants.

Piantedosi said the German-flagged Humanity 1, carrying 179 people, “forced the situation by entering territorial waters”. But he underlined Italy’s position that it is the flag country of every charity-operated ship that must step in to provide a safe port – not Italy.

The fate of the other ships was not discussed, but Piantedosi said France had indicated it “could accept the possibility of landing” the Norwegian-flagged Ocean Viking, which has 234 people on board.

The Humanity 1 was en route to the Sicilian port of Catania, Piantedosi said, adding that it would only be allowed to remain in Italian waters long enough to disembark minors and people in need of medical attention.

The move came after France and Germany asked Italy’s new government to grant safe harbor to more than 1,000 people rescued by aid groups in the central Mediterranean, some of whom have been stranded at sea for more than two weeks. .

The posture adopted by the new government of Prime Minister Giorgia Meloni marks a return to the anti-NGO position adopted by Matteo Salvini, now deputy prime minister, when he was interior minister in 2018-2019.

Salvini, currently infrastructure minister in charge of ports, welcomed the new decree in a Facebook post, saying it would ensure that “foreign ships cannot arrive only in Italy with their illegal immigrants”.

“If there are minors or sick people on board, they can disembark, as they should. Everyone else on board a German vessel leaves Italian waters and heads for Germany,” Salvini said.

Aid groups caring for migrants rescued on four ships in the central Mediterranean have sounded the alarm over deteriorating conditions, including people sleeping on the ground in the cold and the spread of fevers. A German charity, Mission Lifeline, reported its ship was in “extreme danger” with 95 people rescued on board, half of whom were women and children, and poor weather forecasts.

Meanwhile, Italian authorities continue to allow arrivals of people rescued at sea by Italian patrols, including 456 who arrived in Calabria on Thursday and some 6,000 last week.

Charities have denied circumventing procedures and say it is their duty to rescue people in distress at sea. According to the UN refugee agency, coastal states are required to accept people from ships rescue “as soon as possible”, and governments must cooperate to provide a place of safety for survivors.

French Interior Minister Gérald Darmanin said on Friday that international law clearly states that Italy, as the nearest port, “must let the ship in”. He cited the Ocean Viking operated by the SOS Méditerranée group, which has one of its headquarters in France.

He also said France and Germany had told Italy they were both ready to take in some of the migrants so Italy would not “bear the burden alone”.

The German Foreign Ministry also asked Italy to intervene quickly to help those on board the Humanitarian 1, flying the German flag. The boat was carrying 100 unaccompanied minors and a 7-month-old baby, SOS Humanity said.

“They continue to be exposed to the elements, having to spend the cold nights on deck. Yet they are sleeping on the ground as the winds and waves increase,’ spokesman Wasil Schauseil said, adding that the state of limbo was adding to their mental stress. Fever was also spreading among those rescued, with COVID tests coming back negative.

Also at sea is the Geo Barents ship, run by Doctors Without Borders, also flying the Norwegian flag, with 572 people on board, including 60 unaccompanied minors as well as families with children and the elderly. Another Germany-based charity, Mission Lifeline, said its Rise Above ship had picked up 95 people in three operations on Thursday, and neither Italy nor Malta had responded to port requests.

“The proportion of women, children and babies is unusually high, accounting for around half of those on board. We are particularly concerned for the health of the eight babies as well as the grandchildren. Many had been at sea for days at the time of the rescue and are extremely exhausted,” said Mission Life spokesperson Heremine Poschmann.

The Rise Above “is in extreme danger,” Poschmann said, with poor weather forecasts in the next few hours and with a total of 104 people aboard a relatively small 25-meter (82-foot) long boat. Normally they immediately transfer rescued people to other larger charity boats, but the other three are already at full capacity, she said.

Migrants rescued at sea have mostly traveled through Libya, often subjected to torture by human traffickers along the way, as they seek a better life in Europe.

Follow all AP stories on global migration at https://apnews.com/hub/migration.