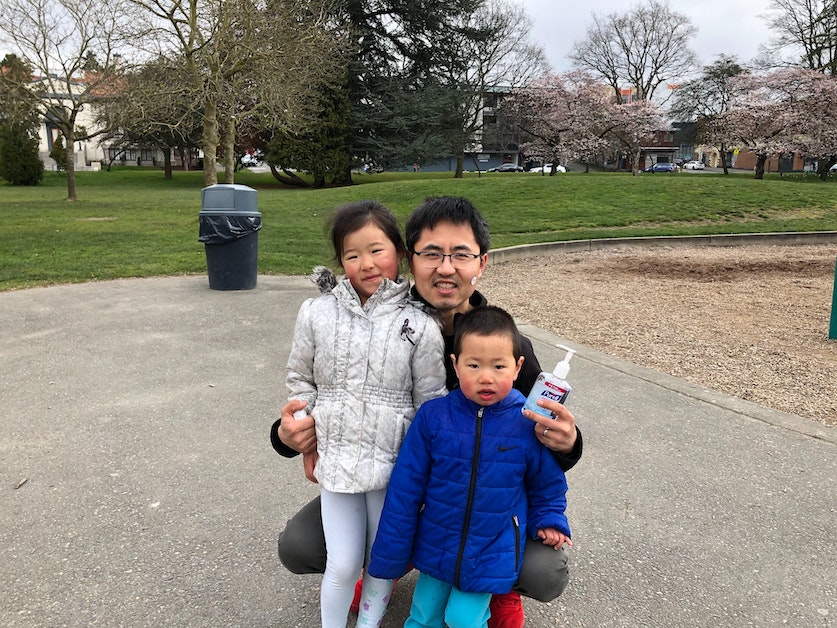 There are new restrictions on the use of public parks in Seattle and King County. Playgrounds and sports fields are closed to prevent the spread of the coronavirus. But many people still come to play.

Barak Gaster is a primary care physician at UW Medicine in Seattle. He is one of many doctors whose work has been transformed as a result of the coronavirus. “It’s been really difficult and stressful and complicated and that’s because things have been so uncertain and changed so quickly,” he said.

It’s pretty much the opposite of the relaxed vibe he found at Volunteer Park this weekend. “There are definitely joggers, families and picnickers…it’s beautiful here,” he said.

Corn. There are some important caveats here. Gaster said people should obey rules prohibiting organized sports and the use of playgrounds. “A jungle gym that 400 kids have been running around on all day is not a safe situation,” he said.

And he stressed that at the first sign of illness, distancing is no longer enough. You must stay at home. “It’s so important for healthcare workers, for society as a whole, to self-isolate immediately,” he said. “And it’s really important to think about the difference” compared to maintaining a 6-foot perimeter, as asked of those without symptoms.

A King County spokesperson said there has been no active enforcement against park users, just signage at playgrounds and the climbing wall at Marymoor Park reminding people that these spaces are closed.

But Seattle police officers patrolled parks over the weekend and warned people not to congregate. Officers wearing masks told people along Lake Union that “at this time” it is a voluntary request, but warned them that the parks are overcrowded and people should follow public health guidelines. SPD spokesman Sean Whitcomb said officers were supporting Seattle Parks staff and asking people to maintain social distancing.

People flocked to Greenlake Park on Saturday but said they were trying to balance recreation and safety needs.

Robert Polakoff used the fitness equipment but wiped it down with Clorox wipes before and after. “And I ran with my son around the lake,” he said. “We were constantly going around people, leaving a six-foot barrier as best we could.”

Kate Sawyer’s daughter was almost alone wandering the playground. “We have a three-year-old so we socially distance ourselves being the only ones at the park,” she said. “It’s probably not a good idea to be in a crowded playground right now.”

Chao Duan was right behind his two young children with a bottle of hand sanitizer as they played. “I think it’s okay as long as you keep some distance,” he said. “At the park right now, you notice it’s not as crowded as it used to be, so that’s fine.”

And Thomas Cross, 82, said he had not yet been deterred from his usual Saturday stroll around the lake. “We take care of mental health and go out. Walking around Greenlake doesn’t seem too harmful,” he said. “I play in various music groups, they have been cancelled. I volunteer at a hospital, I can’t do that anymore. So we are still adjusting. I’m probably just a little in denial about the whole thing.

All over the map: Seattle’s hidden parks to visit while social distancing