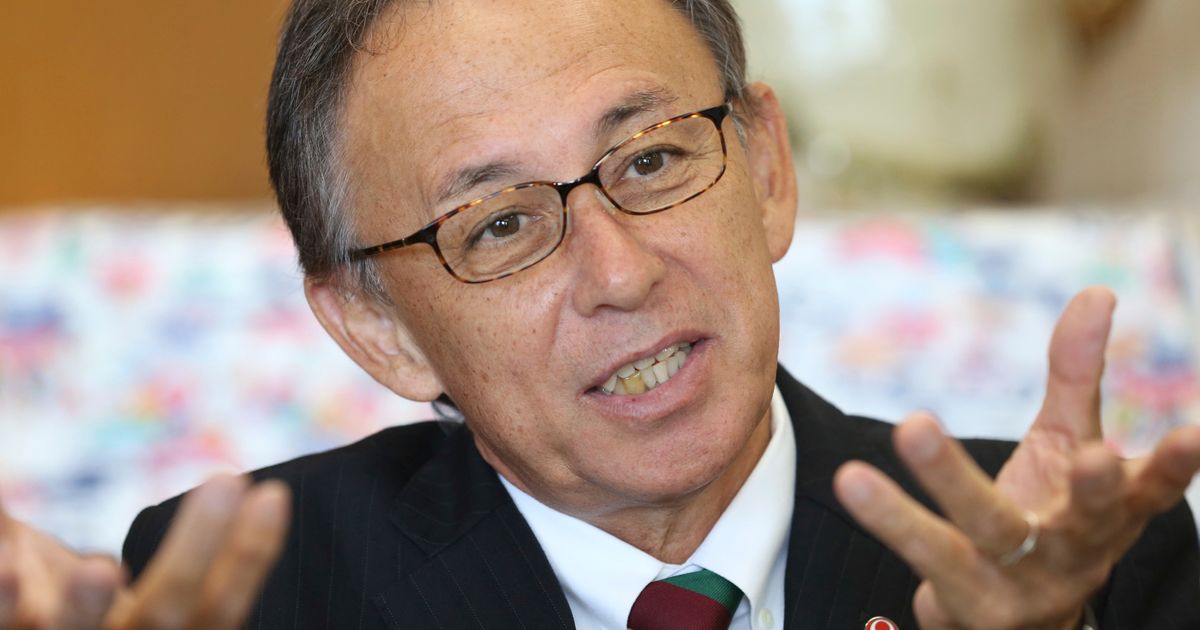 TOKYO (AP) — Japan should focus more on peaceful diplomacy with China rather than military deterrence as tensions mount around Chinese-claimed Taiwan, the governor of the neighboring island of Okinawa said on Friday. , in southern Japan. He also urged that Okinawa’s burden of hosting the majority of US troops in Japan be reduced.

“We are deeply alarmed,” Okinawa Governor Denny Tamaki said of talks in parliament about the possibility of a security emergency involving Taiwan, and concerns that Okinawa, 600 kilometers (370 miles) away, could be involved in it.

Tamaki was speaking online from the prefectural capital of Naha ahead of the 50th anniversary of Okinawa’s return to Japan on May 15, 1972, 20 years after most of Japan regained its independence from American occupation after World War II.

There are concerns in Okinawa, with its continued heavy US military presence, about rising tensions resulting from China’s increasingly assertive military actions in the region and its rivalry with the United States. There are also fears that the Russian invasion of Ukraine will embolden Beijing.

China claims that Taiwan is governed independently as its own territory, and control of the island is a key part of Beijing’s political and military thinking. In October, Chinese leader Xi Jinping reiterated that “the reunification of the nation must be achieved and will certainly be achieved.”

In what Beijing calls a warning to Taiwan independence supporters and their foreign allies, China has held threatening military drills and flown fighter jets near Taiwan airspace, including on Feb. , the day Russia began its invasion of Ukraine.

“Any escalation of issues over the Taiwan Strait and the possibility of Okinawa being targeted for attack must never happen or be allowed to happen,” Tamaki said.

The lingering tension has reignited fears among Okinawans of being sacrificed again by mainland Japan, such as in the Battle of Okinawa which killed some 200,000 people, half of them civilians, towards the end of the Second World War.

Japan sees China’s military buildup as a regional threat and has moved its troops to defend the southwestern islands, including Okinawa and its outer islands, deploying missile defense systems and other facilities, and by increasing joint exercises with the American army and other regional partners.

On Friday, Chinese Foreign Ministry spokesman Zhao Lijian said Japan “took advantage of diplomatic activities to make a fuss with China, exacerbate regional tensions and exaggerate the so-called Chinese threat”, and that Tokyo “was looking for excuses for its military expansion.

The United States has always expressed support for ensuring Taiwan can defend itself, and Chinese military action against the island in the short to medium term is generally seen as a remote possibility.

“I call on the Japanese government to always maintain calm and peaceful diplomacy and dialogue to improve relations with China, while striving to ease US-China tensions,” he said.

Okinawa at the time of its reversion asked Japan to make it a peaceful island devoid of military bases. Today, it still houses the majority of the approximately 50,000 American troops and their military installations in Japan, and Tamaki said that burden should be shared by all of Japan.

Due to US bases, Okinawa faces daily noise, pollution, plane crashes and crime from US troops, Tamaki said.

“This excessive American basic burden is still unresolved 50 years after the reversion,” he said. “Okinawa’s burden on US military bases is a key diplomatic and security issue that concerns all Japanese people.”

The biggest sticking point between Okinawa and Tokyo is the central government’s insistence that a US Navy base in a crowded neighborhood, Futenma Air Station, be moved to Okinawa instead of elsewhere like the many Okinawans demand.

While development projects over the past five decades have helped Okinawa’s economy, Okinawa’s average income remains the lowest among Japan’s 47 prefectures, Tamaki said.

If land taken by the US military is returned to the prefecture for another use, it would generate three times as much revenue for Okinawa, Tamaki said.