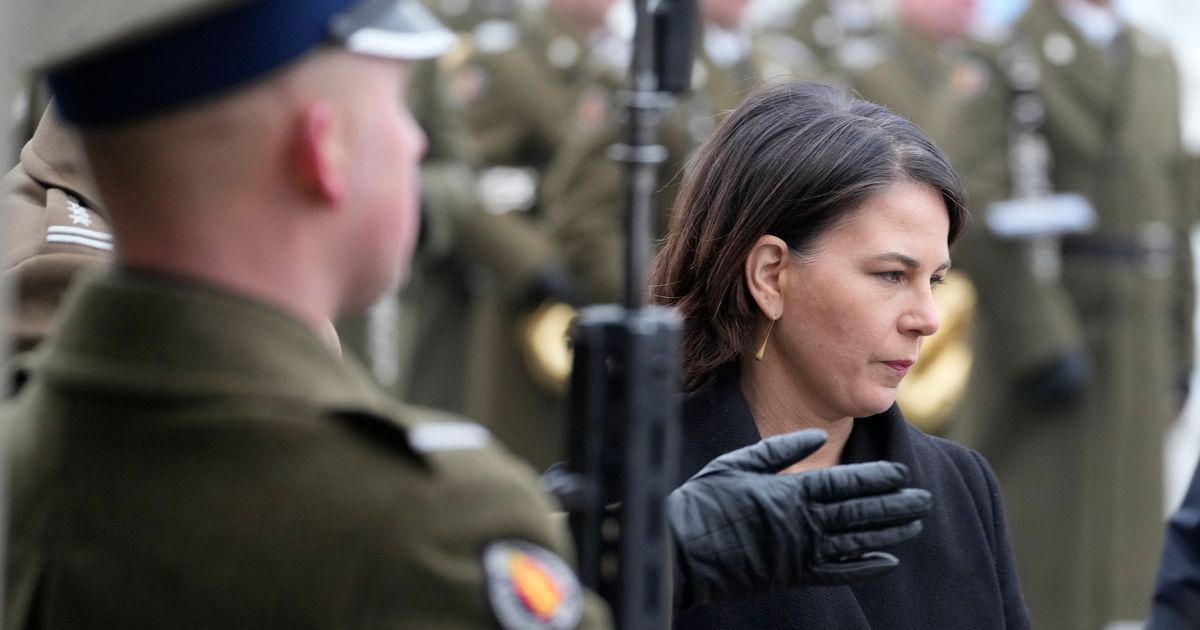 Position on Russia and China, a test for the new German government

WASHINGTON (AP) – Germany has faced a series of challenges in its relations with Russia and China since taking office last month that test the new government’s political courage foreign.

Among them are the military build-up of Moscow near Ukraine and the diplomatic fallout from a court verdict finding the Russian government behind the 2019 murder of a Chechen dissident in Berlin. Pressure from China on another member of the European Union has also prompted Germany to take sides against one of its biggest trading partners.

The issues came to the fore during a lightning visit German Foreign Minister Annalena Baerbock made to Washington on Wednesday to underscore the common position of her government and the United States on Russia. She returned to Germany on Thursday.

But in the midst of the show of unity, differences also emerged with its close transatlantic ally and within the German government itself.

In last year’s elections to succeed longtime German leader Angela Merkel, Baerbock campaigned on a foreign policy agenda that called for a firmer line towards Moscow and Beijing on security and human rights issues. His rival Olaf Scholz, who became German Chancellor after his Social Democratic Party won the vote, has taken a noticeably gentler stance on Russia.

Baerbock’s party, the Greens, has also been skeptical of Nord Stream 2, a recently completed pipeline to bring more natural gas from Russia to Germany that is not yet in use.

The Greens’ position is partly motivated by environmental concerns about continued dependence on fossil fuels. But of all the major German parties, it is also the closest to the position of the United States, which has warned that the pipeline risks increasing Europe’s dependence on Russian gas.

This skepticism is not shared by Scholz, however, whose center-left Social Democrats have lobbied heavily for the pipeline. With the Social Democrats being the largest party in the coalition government, it seems unlikely that Berlin will block the passage of gas through the pipeline unless Russia launches a military strike against Ukraine.

Eyebrows also rose this week when the German government announced that Scholz’s foreign policy adviser would meet with his French and Russian counterparts to discuss the situation in Ukraine. Some observers say Scholz is keen to exclude Baerbock’s Foreign Ministry from direct talks with Moscow – a suggestion German diplomats have vigorously rejected.

Baerbock drew the Kremlin’s ire last month, when it expelled two Russian embassy officials after a Berlin court ruled Moscow was behind the daylight murder of a An ethnic Chechen in the German capital two years earlier. Russia responded by expelling two German diplomats from Moscow.

Baerbock, who had never held a government post before becoming Germany’s top diplomat, vowed during the election campaign to pursue a foreign policy guided by interests and values.

This, and his promise to make the defense of democracy a subject of Germany’s presidency of the major Group of Seven economies this year, puts Baerbock in an awkward position with China.

The 41-year-old’s remarks at a press conference in Washington with US Secretary of State Antony Blinken on Wednesday reinforced those political views and likely sparked gasps among German companies that depend on exports. to China.

“And the same goes for solidarity with Lithuania,” she said, referring to a feud between the small EU country and Beijing. Lithuania’s decision to let Taiwan open an office in the country has infuriated China, which sees the island as part of its territory.

The United States has long argued for a stronger stand against its rival China, but during Merkel’s 16 years in power, Germany has often sought to balance its trade interests with its human rights concerns. the man. Baerbock drew a clearer line this week.

“As Europeans, we stand in solidarity alongside Lithuania,” she said.

The US government’s stance on marijuana research is inconsistent and…

Imperial Metals hands over Giant Copper project to BC government