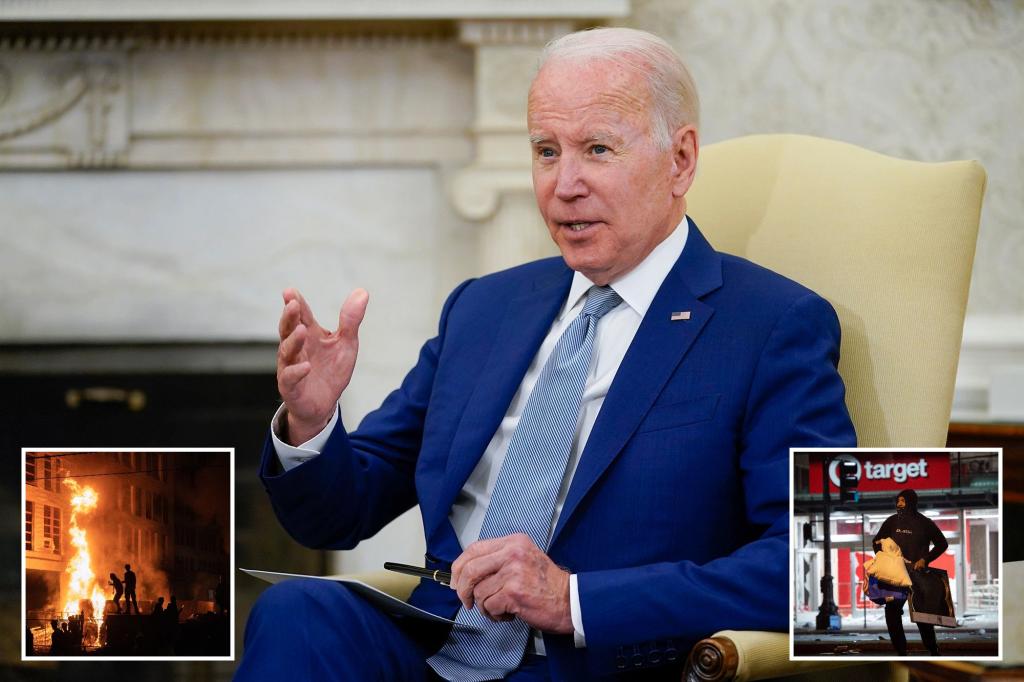 Public order is the work of government

Can we agree that although the police and the criminal justice system are flawed, the alternative to a government monopoly on the maintenance of law and order – armed chaos and disorder – is much worse?

Apparently not on the far right and left that dominate the political debate. The pragmatic medium makes more sense – but will politicians heed its message?

During COVID, when everything collapsed, it was the left that first surrendered the public sphere to anarchy. The May 2020 police killing of George Floyd was horrific – and the public protest (despite violating COVID guidelines) was warranted.

But riotsthe vandalism, theft of property and the mass takeover of urban public spaces from Minneapolis to Seattle – including New York’s City Hall Park, commandeered by the “Defund” movement – ​​were not.

The left encouraged the violent rampage. As Nikole Hannah-Jones, creator of the 1619 Project, who argues that America’s primary founding principle was slavery, said, “destroying property, which can be replaced, is not violence.”

Then-candidate Joe Biden read the public mood better, saying “burning down communities and needless destruction is not” a peaceful protest. But from the Seattle “autonomous zone” to an apology for gang-led armed robberies, Democrats have failed to quickly reassert basic order.

If the Democrats don’t commit to maintaining law and order — not when it’s easy but when it’s hard — they’re playing into the hands of the heavily armed, far-right survivalist mob. That is, the crowd seeing Kyle Rittenhouse, a minor who illegally procured an AR-15 rifle to protect private property, then killed two people in the ensuing chaos, as a hero.

Indeed, when it comes to who should maintain basic order in public spaces – citizens, by enacting laws and giving the police the power to enforce them, or armed mobs – the extreme right is no better.

Weapons in civilian hands are no shortcut to law and order. The proliferation of firearms, including long guns, in Republican campaign ads is a mediocre development.

That so many people increasingly feel the need to be armed is a failure of law and order. Republicans should advocate for a return to assertive, effective law enforcement to prevent crime and consistent prosecution to incapacitate criminals — not for everyone to carry a semi-automatic weapon.

With the exception of the growing new scourge of “ghost weapons,” every illegal weapon an NYPD officer must risk his life to seize began as a legal weapon elsewhere, as Mayor Eric Adams constantly notes – stolen, sold or transferred from a so-called responsible guard who failed to protect a dangerous weapon.

The Democratic Party has moderates. Adams knows the answer is not an armed urban population; he tries to restore public order.

Most voters agree with the middle positions. Voters want the criminal justice system to deter and prosecute crime and thereby maintain public order.

And they want basic restrictions on the firearms that have the greatest capacity to cause death and destruction in minutes – and cause so much fear and anxiety in the public that even more people are reacting arming, an escalation of arms that has no happy ending.

Where are the Republican moderates? There is no reason to delay a congressional vote on provisions such as raising the age of possession of semi-automatic long guns to 21 and no reason not to have a full and fair debate. – then a vote – on the restriction of high capacity and high speed weapons and magazines.

No, such provisions will not solve all the problems. They will solve some.

The fact that so many such weapons are in circulation is no reason to delay; this is a reason to act quickly.

Yet Rep. Lee Zeldin, the likely Republican gubernatorial nominee, has ranted even about the red flag laws. As Tom Suozzi, another New York congressman and Democratic gubernatorial candidate, notes, “It’s that kind of…. . . posture that prevents us from having common sense [national] firearms legislation passed as [universal] background check.”

America has big problems. They will not be solved if the left and the right abandon the idea that the government must maintain a monopoly, however inevitably flawed, on armed force. A heavily armed civilian population is a failure, not an objective.