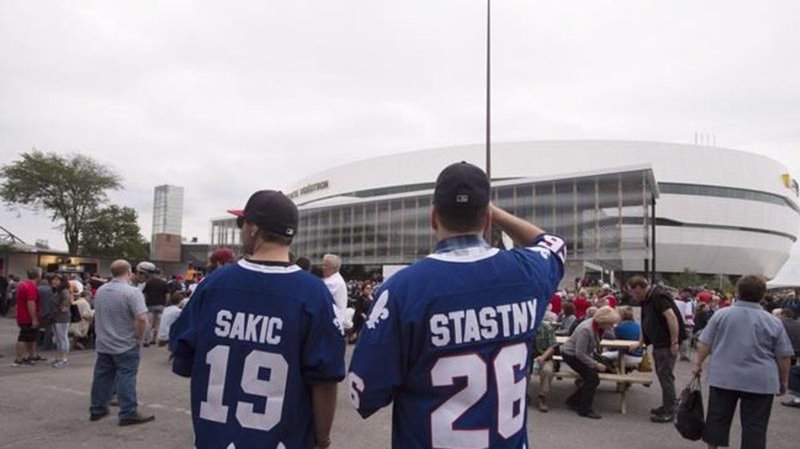 Quebec government wants to bring NHL team to capital, but fans are skeptical

The Nordiques left Quebec after the 1994-95 NHL season, moving to Denver to become the Colorado Avalanche, who won the Stanley Cup in the new team’s first season.

Quebec City fans were optimistic that an NHL team would return a decade ago, but are far less so now, says Vince Cauchon, a Quebec City sports radio host who co-founded Nordiques Nation, a recall group that numbered 100,000 members at its peak. He says the recent news has landed with a bit of noise.

â€œWe were looking for the fire behind the smoke, and this is a rare case of smoke without fire,â€ Cauchon said in a recent interview on Legault’s stated ambitions. â€œIf it was something that was politically motivated to rally people, it had the effect of a sword that pierced water. The reaction was negligible, if not bad.

NHL commissioner Gary Bettman confirmed a January meeting with “someone in high place” from Quebec, but said he didn’t know anything about what was on the agenda and tempered all expectations, noting that no team was looking to relocate and that there were no plans for expansion. .

A spokeswoman for Finance Minister Eric Girard, Quebec’s emissary for the meeting, declined to comment later, but said he had been working on the case since the summer.

About a decade ago, hockey’s possible return to the NHL left locals salivating as it lured a struggling American team across the border. Fans decked out in Nordiques’ merchandise traveled by bus to various arenas across the United States and even gathered on the Plains of Abraham for a massive rally in October 2010.

But Cauchon said hopes for expansion quickly fizzled out. The league welcomed a new team to Las Vegas in 2016, but postponed the bid for Quebec City. The capital of Quebec was not considered when Seattle was given an expansion team in 2018. Discussions about moving teams out of North Carolina and Arizona never came to fruition. materialized.

â€œHeartbroken,â€ Cauchon said, describing the sentiment of NHL fans in Quebec. “I think people will believe it when they see it, and I understand their feelings.”

Retired Nordiques winger Alain CÃ´tÃ© said he was happy the Legault government was pushing for a new team, but said he doubted the league would allow it.

â€œI find it very amusing that the Prime Minister is proposing this,â€ said CÃ´tÃ©, a popular winger who now has auto parts stores in the capital.

â€œWe have a really nice arena here in Quebec – a modern building, so it would be fun to use it for an NHL team,â€ he said of the Videotron Center, which opened in 2015. .

CÃ´tÃ© says he believes a lot has changed since leaving the club that plays in favor of the city: a salary cap in the NHL, a new arena and a loyal fan base.

But what Quebec does not have is the interest of the league. CÃ´tÃ© says he thinks the NHL sees Quebec as part of the Montreal market, served by Canadians.

â€œThere has to be a will, and I don’t see any in the league – absolutely none,â€ CÃ´tÃ© said.

Cauchon said it is not clear which group would spearhead a bid for a new team and gain the support of the 32 league owners. The previous offer was led by Quebecor, the telecommunications company that won a 25-year contract to manage the Videotron Center.

Concordia University sports economist Moshe Lander said billionaires with deep pockets are rare in the province. Seattle and Las Vegas paid US $ 600 million expansion fees and built billion dollar arenas in their markets. The other issue is looking to the future for long-term sustainability, he said.

“It’s the kind of thing that will be about the NHL: if you want a toy to play with, you want to make sure that what drives a franchise up is that the next person in the line is going to pay more than the previous person.” Lander said. noted. “It’s not just a current problem, it’s an ongoing problemâ€¦ the question of who is next for it.”

â€œThe government is doing the right thing by getting involved in the file – not financially – but by certainly showing leadership,â€ Emond said.

He said he remembered getting on the Saguenay region bus to watch the Nordiques play. Buses to the old Coliseum arena in Quebec were once commonplace in many parts of eastern Quebec.

â€œI can understand the disappointment of people,â€ Emond said. “That we’re even talking about it, I think that’s a positive thing.”

This report by The Canadian Press was first published on January 2, 2022.