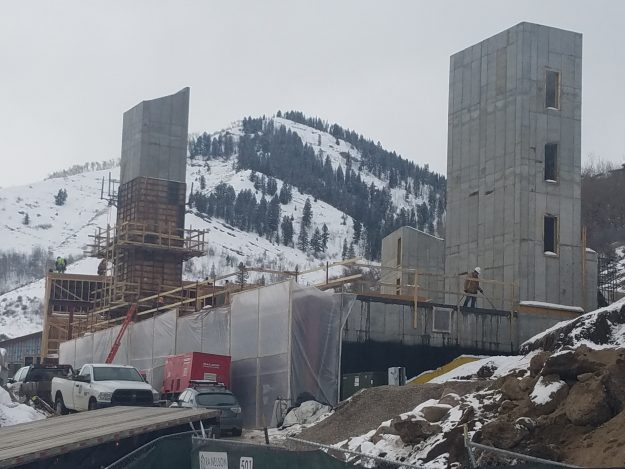 Vail and Eagle County have long disproved the grand replacement theory that falsely claims that people of color come to take jobs from whites.

Many of the people who make up the county’s over 30% Hispanic or Latino population were here first, coming from northern New Mexico or other parts of the United States to work in mining, agriculture and breeding at the end of the 19e century – long before chairlifts arrived in Vail in 1962.

More recent arrivals from Mexico and throughout Latin America have come as tourists, investors, or resort, construction, and landscape workers since Vail’s inception.

There’s no “replacement” when you’ve always been here to help build one of the world’s leading mountain resort destinations. And the symbiosis between Vail and Mexico is now nearly 60 years old.

Rarely has it been clearer – both nationally and locally – that the United States must reverse the policies of the past six years and increase legal immigration and temporary work visas.

And DACA (Deferred Action for Childhood Arrivals) recipients, many of whom work in vulnerable and life-saving frontline jobs during the COVID-19 pandemic, should be immediately put on the path to citizenship.

Instead, Eagle County Majority Deputy — at least until the June 28 primary — Lauren Boebert of Silt, insists on spreading the dangerous and deadly replacement conspiracy theory.

“Yeah, there’s definitely a replacement theory going on right now,” Boebert said in a Youtube video last year. “We are killing American jobs and bringing in illegal aliens from around the world to replace them if Americans don’t comply.”

Boebert takes on Republican Montrose State Senator Don Coram in the June 28 primary. Coram’s campaign did not respond to email requests for comment on these issues.

Asked about the extreme violence associated with the conspiracy theory and whether it should be repudiated by politicians, Boebert spokesman Benjamin Stout replied that it was a creation of the democrats.

“As far as the replacement theory goes, it was first embraced by members of the Democratic Party long before Congresswoman Boebert,” Boebert spokesman Benjamin Stout emailed, citing Fox News. Its origins are much more complex than that.

Local candidates for state legislative office, where lawmakers have little control over federal immigration policies, were asked earlier this year to weigh in on the importance of immigration and labor comprehensive Hispanic work for the economy of Eagle County and Colorado as a whole.

Specifically, Republican Matt Solomon of Eagle and Democrat Dylan Roberts of Avon, candidates for the State Senate District 8 seat in November, were asked this question by RealVail.com:

VR: Colorado has a large Latino immigrant population and an ongoing labor shortage in industries ranging from outdoor recreation to construction to agriculture. What is your position on immigration in the current economic climate?

dylan robert replied, “As chairman of the Colorado House Business and Labor Affairs Committee, solving our state’s continuing labor shortage – particularly in the hospitality, tourism and of agriculture on the western slope – is a priority. Given this, it is imperative that Colorado continues to foster a welcoming environment for immigrants, including pathways to citizenship and work visas. Our Latino and immigrant communities in Senate District 8 are an integral part of the region and have helped the district function during the challenges presented throughout the COVID-19 pandemic and long before it. If I had the opportunity to be the district’s next state senator, I would look forward to working with my fellow legislators, our business leaders, and immigrant communities to address not only the complex issues surrounding immigration to our state, but also the development of the workforce and the expansion of our local economies.

Matt Solomon: “As a third generation American, I am of immigrant background myself. Immigration is a crucial problem that we must tackle. Nations must be clear when dealing with people who settle in their territories who are not citizens by birth. For example, Japan allows almost no immigration. Other nations have opened their borders for long periods to massive immigration. Many policies are working, but our current open border policy is not working. Instead, we should expand legal immigration categories with a conscious respect for the time, effort and passion offered by those legal immigrants who already constitute our citizenship. Let’s not harm the value of our citizenship or our economic climate by devaluing that citizenship with diminishing returns to rights.

Republican Savannah Wolfson of Oak Creek and Democrat Meghan Lukens of Steamboat Springs are seeking the State House District 26 seat in November. Wolfson is yet to pass Eagle’s Glenn Lowe in the June 28 primary, but he did not return calls and emails from RealVail.com seeking comment on a variety of issues. Here are the responses from Wolfson and Lukens:

Meghan Lukens: “Our Latin American community is an integral and wonderful part of our community, especially in District 26 of the house. Not only do we value the Latino community, but I also hope to work with this community extensively in the State Legislature advocating for work visas, access to educational opportunities, promoting an equitable environment and the creation of new affordable housing programs that meet the needs of working families. Additionally, solving our continued labor shortages, particularly in the central industries of the House 26 district, is a top priority. If I had the honor of being elected to represent the people of HD26 in the State House, I would prioritize tackling the current labor shortage, an economic policy that benefits everyone and the support for our immigrant communities.

Savannah Wolfson:I love this question! Legal immigration, labor and free trade across borders are good for our economy. Work creates prosperity and we have a shortage of workers who have not re-entered the labor market after the economic shutdowns. We have created a massive bureaucracy at our border which discourages legal immigration and encourages illegal immigration. I don’t like it when I talk to my friends and hear that they waited over 7 years to come here legally and won the immigration lottery. Imagine all the brainpower and strong work ethic we keep out because we don’t streamline the process! Additionally, our open border policy has empowered drug cartels and human traffickers, making life worse for people living under the cartels in Mexico, and worse for U.S. citizens (with fentanyl passing the border being an obvious example). We should make legal immigration easier and illegal immigration more difficult, so that we know for sure that anyone who comes illegally has criminal intentions.