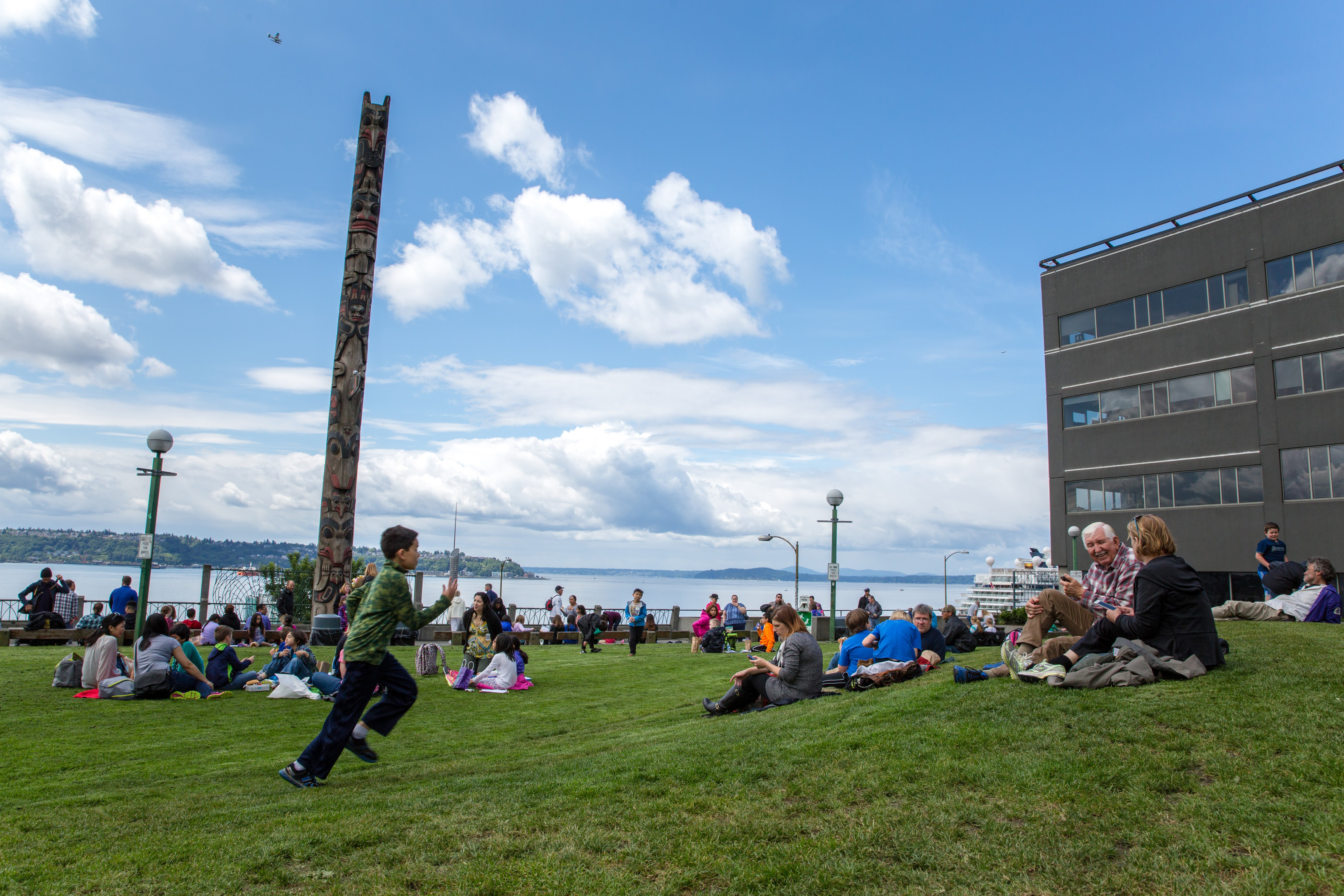 It was fine in Seattle on a recent Friday afternoon in May. It’s the kind of weather Seattleers don’t tell people about, perhaps lest they drive up apartment prices even more than the influx of Amazon employees.

It was the kind of day that filled Victor Steinbrueck Park, the hilly space adjacent to Pike Place Market with views of Puget Sound and, on a clear day, the Olympics.

Members of the lunchtime crowd may not have realized, however, that the park they were enjoying might be very different in the near future.

That same week, the city of Seattle launched a public effort to redesign the park, a project that will require city officials to balance waterfront connectivity and tourist appeal with the needs of the people who use the park most often. park, namely the Native Americans of Seattle. and low-income populations.

The project has been in the works since 2008, when Seattle voters approved a parks and green space tax to fund improved lighting, seating and the replacement of a children’s playground that was removed from the park several years ago.

Officials are also exploring the possibility of building stairs in the park to connect it directly to the largest waterfront project currently under construction.

Once city council approves the final design, the park will be closed for construction between winter 2017 and summer 2018, when it reopens, said David Graves, a strategic planner for the city of Seattle.

The need for such a complete overhaul could be an opportunity to celebrate Native Americans who have a connection to the park, said Colleen Echohawk, executive director of the Chief Seattle Club, a social service center for Native Americans in Seattle.

Although called Victor Steinbrueck Park on paper, the space has another name: Native Park.

â€œThere is a sense of belonging,â€ Echohawk said.

Echohawk and the clients of the Chief Seattle Club want this property to be embodied in the redesign of the park by including more Indigenous elements such as artwork and space for cultural performances.

â€œWe could be the park’s hosts,â€ Echohawk said.

It would also provide an opportunity to remove two large totem poles that offend some members of the Native American community as they are not, in fact, Native. Local tribes did not use totem poles, but the pair in Victor Steinbrueck Park was sculpted by a non-Native artist named James Bender, whose other work was inspired by Native American culture.

The two posts are above the parking garage, which means they will have to come down for the waterproofing membrane replacement.

Removing the poles will be part of a “larger conversation” with the indigenous community, Graves said.

â€œThese are not real totem poles, not representative of what people here would have carved,â€ Graves said. “But they resonate with the natives.”

Chief Seattle Club member Misty Carpitcher lives in Steinbrueck Park with her teenage son. She is excited about the new lighting as she believes it will make the park safer for her family.

â€œI want my son to be able to go somewhere he feels safe and not be told he can’t be a child,â€ Carpitcher said.

Preserving access to the park for people from all walks of life will require a participatory planning process and attention to detail, said Setha Low, director of the Public Space Research Group at the Graduate Center at City University of New York.

The gentrification of a public space occurs in the details, such as the design of the new benches or the placement of a possible children’s play area.

“It takes vigilance,” Low said. â€œWork with the designer and be clear that there is a group that includes the homeless and the poor people there. “

No homeless camping in Seattle parks and schoolyards