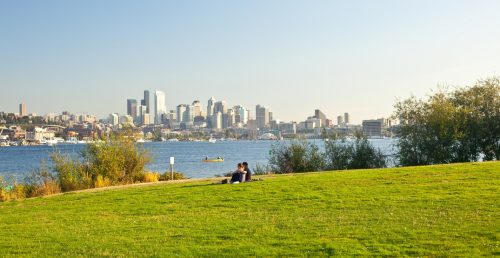 Seattle parks will reopen this weekend with restrictions

Although state-run parks remain closed, Seattle Mayor Jenny Durkan has decided to reopen all of the city’s parks this weekend.

In Response to “Stay Home, Stay Healthy” Order from Governor Jay Inslee, the Washington State Parks and Recreation Commission, and the Washington State Department of Fish and Wildlife announced the temporary closure of all state-run parks, wildlife reserves and water areas until May 4. .

Seattle’s open parks come with some restrictions, however.

â€œThe social distancing needed to keep us healthy will mean a new normal for Seattle parksâ€¦ please, no crowds, no gatherings and keep moving,â€ the mayor said in a press release.

As part of these changes, Seattle Parks and Recreation installed hundreds of signs reminding park visitors to “Keep It Moving.”

The City will also deploy 60 Social Distancing Ambassadors to walk around all major parks reminding people of social distancing. These ambassadors will take hourly data on park use and have the power to close parks if they deem them unsafe due to overcrowding.

Governor Inslee and Mayor Durkan agree that taking a walk and getting some fresh air is a great way to reduce stress while staying active. Let’s make sure everyone benefits by avoiding the crowds! pic.twitter.com/75Siztw8M7

The loop trails at Green Lake and Seward Park will be open only to pedestrians, while Alki Beach and Golden Gardens will continue to ban all beach activities, including fire pits.

In addition, the city will close on Saturday 2.5 miles of residential streets in the central and western Seattle area, to allow cyclists and pedestrians to have more room to move.

In the coming weeks, the city plans to close a total of 15 miles of streets.

â€œWe know this virus won’t leave our community for a long time, but hopefully Seattle can adapt,â€ said Durkan.

Seattle parks will stay open this weekend with same coronavirus guidelines, plus rain