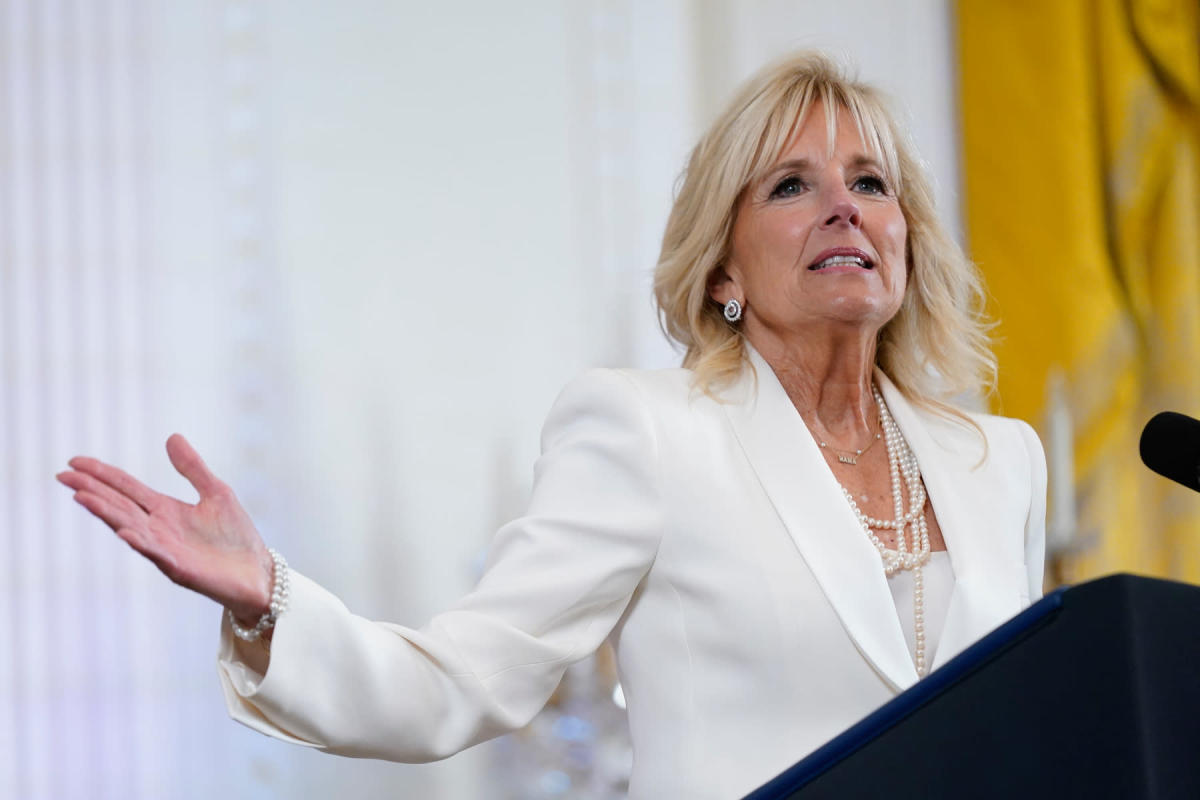 First lady Jill Biden drew attention Monday after delivering a speech in which she distilled the diversity of Latino and Hispanic communities down to breakfast tacos and bodegas.

The comments as Biden delivered a speech at the annual conference of UnidosUS, which bills itself as Latin America’s largest civil rights and advocacy organization. Biden introduced the ill-planned metaphor in a misguided attempt to highlight the many nuances of Latino culture, saying that “the diversity of this community – as distinct as the bodegas of the Bronx, as beautiful as the flowers of Miami and as unique that breakfast tacos here in San Antonio – is your strength. While Biden’s comments drew applause, audible groans could also be heard from the audience. (We’ll give New Yorkers a moment to cringe really hard at Biden’s overemphasized and completely incorrect pronunciation of “bodega.”)

Intentional or not, the First Lady’s reduction of Latinos — an extremely racially and culturally diverse group that comprises nearly 20% of the total U.S. population, according to 2020 census data — and Latino culture to “things that white people recognize” exudes “Donald Trump talks taco salad on Cinco de Mayo vibes. (As a Cuban-American, this reporter is confused, but somewhat grateful Biden decided to nudge Miami’s Latino community into a comment about flowers instead of a tired, predictable reference to Cuban sandwiches.) Acknowledging the multitude of Hispanic and Latino communities that exist in the United States is one thing, but to fall back on reducing Latino identity to food – especially a dish that was created primarily by the Mexican American diaspora and has no another link to another Latino group – is yet another way that Latino culture is routinely stereotyped and misunderstood by Americans.

Biden’s comments were immediately seized upon by the right and Latinos. The National Association of Hispanic Journalists, a professional organization for Hispanics and Latinos working in the news media, immediately seized on Biden’s tone-deaf remarks, post a statement on Twitter. “Using breakfast tacos to try to demonstrate the uniqueness of Latinos in San Antonio demonstrates a lack of cultural knowledge and sensitivity to the diversity of Latinos in the region,” the organization wrote. “We are not tacos. Our heritage as Latinos is shaped by a variety of diasporas, cultures and food traditions, and should not be reduced to a stereotype.

Navigating how to approach Hispanic and Latino voters is a challenge for both Democrats and Republicans — especially since American-born Latinos tend to support more liberal causes than those of their parents. , according to a 2013 study by Pew Research. As reported by The hilla recent Quinnipiac University poll found that 26% of Hispanic voters surveyed approved of President Biden’s job performance — the lowest rating of any demographic group.

The best of Rolling Stone