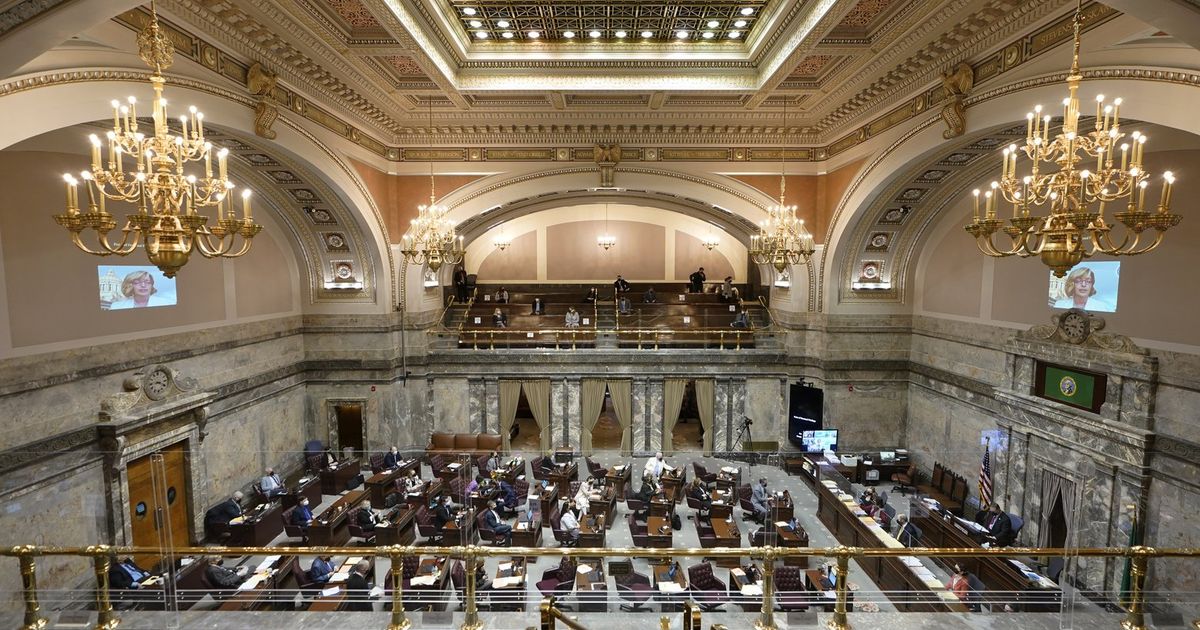 The era of big government is right now. Plus three more takeaways from the WA lawmakers session

When retired state senator Reuven Carlyle, D-Seattle, gave a farewell speech the other day, he called on future politicians not to be so scorched earth and partisan, and instead pursue a philosophy softer that he dubbed “intelligent incrementalism”.

Yes, you can just hear the call-and-response campaign rally for this:

Indeed, Carlyle was immediately called a milquetoast by some activists, who want radical change right now (they’re called “activists,” after all.)

But as the short legislative session drew to a close this week, the whole exchange got me thinking: Have state lawmakers made incremental progress this year, or has something of lasting consequence happened in Olympia? ?

I found four great things they did or said that we will talk about in the months and maybe years to come.

They basically reset the size of government – ​​and it was hardly incremental.

Unexpectedly swimming in revenue, lawmakers spent almost all of it. The size of the biennial budget is now 24% larger than the previous one.

This is a trend among Democrats. Since taking full control of the Legislature five years ago, and largely as a result of Donald Trump’s takeover of the Republican Party, Democrats have pushed up general budget spending by the state by 50%, from $42.7 billion in 2017 to $64.1 billion today. .

The state’s population grew by about 6% over the same period.

That’s an unprecedented increase in spending, and that’s the new baseline. Democrats defend it as addressing a myriad of needs and new agendas. What I’m saying here is that it’s far more than what we’ve paid for government in the past, to such a degree that it’s almost certainly unsustainable under our current tax structure.

This will force a fundamental choice. Continue like this by taxing the rich, for example? Or start pruning. Voters will ultimately decide.

The mother of all great government projects has gotten serious.

It hasn’t garnered much attention or debate, but lawmakers have invested $150 million in what they call “the super high-speed rail” linking British Columbia, Seattle and Portland.

It’s a down payment for a super cool transit dream: electric bullet trains that accelerate to 250 mph to Portland or Vancouver, BC from Seattle in less than an hour.

The catch: A 2017 study estimated that the investment costs would be $24 billion to $42 billion, figures that even the consultant calls “astronomical,” but which will turn out to be low nonetheless.

I am very skeptical about the need for a new right-of-way serving only 5,000 users per day, when we could improve and electrify the existing tracks. Also, electric planes for short trips like this would only be a few years away.

But this train leaves the station, politically speaking. The $150 million down payment is intended to induce the federal authorities to pay up to $700 million, in which case the imperative to spend that money will outweigh any rational analysis of the project.

Anyway, mess alert: we’re now going to be debating high-speed rail for at least the next decade.

The state, after years of dithering, has finally stepped up the fight against homelessness.

It also didn’t get much attention, but lawmakers poured more than $800 million into shelters, housing, emergency beds and mental health services, all for the emergency of homelessness declared more than six years ago and mainly presented as a local problem by the State. until now.

Lawmakers in both parties have embraced the “housing first” philosophy of putting people in permanent living situations. This is a big change, and while committing money isn’t enough to fix the problem, it should make a tangible difference – if these strategies work.

If they don’t work, it will be a major point of contention in the years to come, whether it’s about keeping it going or moving on to new approaches.

You may have heard that Rep. Robert Sutherland, R-Granite Falls, proudly recounted in a speech how he told a Capitol security guard “(Expletive) you, you’re not going to arrest us,” when the guard asked him for proof of a negative COVID test to enter the building.

It’s typical of the false grievance culture that’s gripping parts of the GOP. Everything is against you, even a guard just doing his job.

You may also have heard that Senator Marko Liias, D-Lynnwood, lashed out at the governor of a neighboring state for opposing one of his policies: “The fact that she dares to say a word is only a joke”, he decreed.

To his credit, Liias apologized. Yet his outburst was an example of imperiousness among some progressives in power. Everyone is dumber than you, even a governor (who ended up being right, by the way).

The Party of resentment against the Party We know better than you: It’s not a pretty sight. Yet it is increasingly a flavor of local and national politics.

It’s almost enough to make you want to take to the streets for some of that good old incrementalism.

[email protected]; Danny Westneat takes an informed look at the news, people and politics of the Puget Sound area.

Entrepreneur brings a taste of sneaker culture to Lynchburg