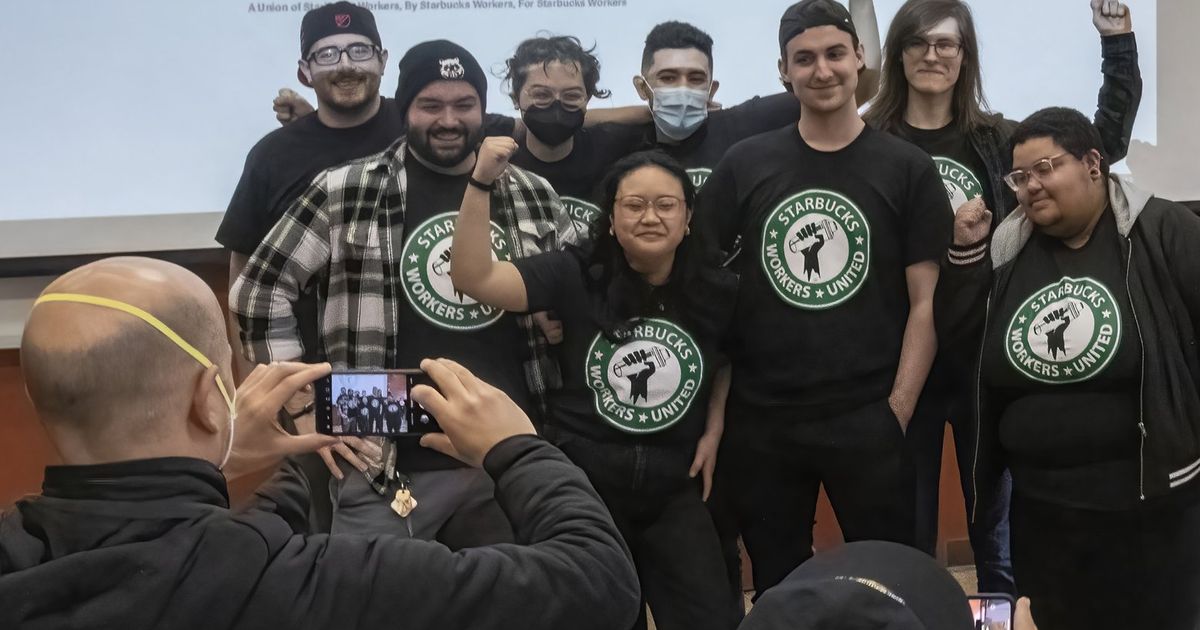 This Labor Day, give the boot to ‘bustle culture’

When I first heard the term “silent quitting,” I assumed it meant people quietly forgetting about their jobs in a tight job market.

Then I learned that meant people did what was expected of them at work, but didn’t work unpaid overtime. This supposedly amounted to giving up. Once I rolled my eyes in my head, I had to laugh.

What a metaphor for our divided times.

Today is Labor Day 2022. We are in our third year of a pandemic that has changed almost every aspect of our lives, especially our professional lives. Blue-collar, service and frontline healthcare workers have persevered, facing uncertainty, illness and even death from an ever-changing virus, even as safety measures to protect them have largely disappeared.

Workers learned that their safety, working hours, wages and employment (and therefore their survival) could not be entrusted solely to the benevolence of their employers. They also learned that when faced with a choice between worker safety and economic gain, worker safety would almost always be sacrificed.

So it’s no big surprise, after decades of decline, that the labor movement is enjoying a resurgence. Today, 71% of people in the United States approve of unions, according to an August Gallup poll, the highest level since 1965.

While only 10% of American workers are unionized today (compared to 20% in 1985), the number of petitions for union representation has increased by 57% in the first half of 2022.

In Washington, organizing efforts are at their highest level in more than 10 yearsthe Starbucks workers in our state and nationally filing the most representation cases with the National Labor Relations Board this year.

Even Amazon workers have been successfully organizing, with the direction of their efforts coming from the workers themselves. Former Amazon warehouse worker Chris Smalls – derisively described by an Amazon lawyer as “neither smart nor articulate” – was fired after leading a strike to protest working conditions before finally win Amazon’s first syndicate this year.

In addition to pandemic-related security concerns, inflation, sluggish wages, and a lack of social safety nets like paid parental leave are hitting American workers at the same time corporate profits “soared,” disproving the myth that we are all in the same boat. As Steven Greenhouse reported in the Washington Post on Friday, since 1973, “post-inflation wages have remained essentially flat for the typical American worker.”

The new pro-worker sentiment was not entirely the result of the pandemic; these changes have been in motion as new generations have arrived. Hand-wringing and clutching the bead on ‘silent resignation’ reflects the disconnect between young workers who are increasingly questioning the natural order of our society’s almost religious belief in the restlessness culture and older generations who lament “people just don’t want to work anymore.”

Like many Gen Xers, I grew up believing that going above and beyond was a virtue that would be rewarded with advancement and greater job security. Burnout and overwork were just collateral damage to what would ultimately be a smart compromise.

But no matter how much or how hard we work, we know there is no perfect meritocracy in a country built on inequality and stolen labour. The playing field has always been far from even. Do women overall do 25% less work and that’s why we get paid 25% less? No. Do black women earn 64 cents for every dollar earned by a white man because they do less? Of course not.

And to be clear, women, for example, not only do more unpaid work at home, but are often asked to do the most invisible work at work and would probably pay the highest price not to do it anymore.

What the younger generations are teaching us and what the “silent shutdown” is trying to convey is that despite the fidgety fingers of Arianna Huffington or Shark Tank’s Kevin O’Leary, work is work and should be remunerated, not just the future possibility of advancement.

Ed Zitron, the head of the public relations agency EZPR, wrote about silent quit talk in a Business Insider article titled, “‘Quiet Shutdown’ Is Nothing But Pro-Boss Propaganda. ”

He wrote: “Work is an exchange of money for work, and if you want more work from your workers, you must be prepared to pay for it instead of inventing meaningless false pathologies to do make hard workers look like lazy people.

Or, as Twitter and TikTok users have called it: “Act your paycheck.”