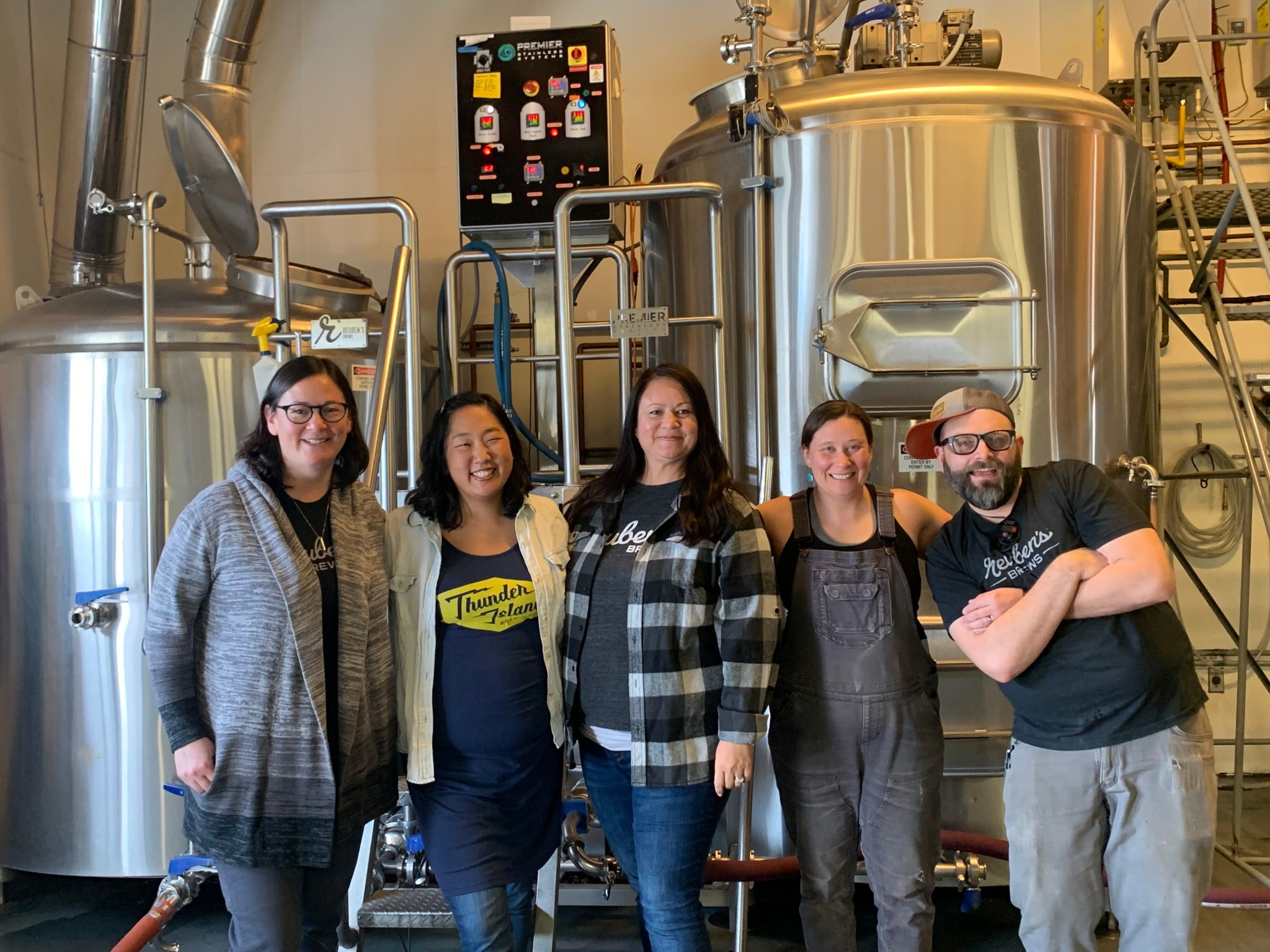 Two breweries, Thunder Island Brewery of Oregon and Ruben’s beers from Washington, recently came together to each brew an IPA for Asian American and Pacific Islander Heritage Month. Each brewery brewed its own version of a beer named IPA for Third Culture Kids. Thunder Island brewed a Pacific Northwest IPA while Reuben’s Brews brewed a Cold IPA.

Since both breweries have co-owners of Korean descent, they have chosen to brew these two IPAs which will be released during the month of May, which also happens to be Asian American and Pacific Islander Heritage Month. A portion of the proceeds from the sale of each beer will be donated to two different organizations. The Thunder Island PNW API will benefit IRCO Pacific Islander and Asian Family Center, a non-profit organization committed to promoting the integration of refugees, immigrants and the community at large into a self-sufficient, healthy and inclusive multi-ethnic society. . Reuben’s Brews Cold IPA will benefit the nonprofit Families of Color Seattle.

Here are details on how this collaboration came to be, as provided to us by Thunder Island Brewing…

While third culture children each have their own experiences, there is a common understanding that people with this mixed identity share. That’s what brought Caroline Park Lipps, owner of Thunder Island Brewing Company, and our very own Grace Kim Robbings together. After connecting over their Korean heritage, the two discovered they had a lot in common. Both are brewery owners who started businesses with their spouses, expanded their breweries while raising families, and adopted their Korean maiden names as their middle names when they got married.

Caroline and Grace admitted to each other that they sometimes feel like “bad Koreans” because they don’t quite fit the mold, but they are proud of their heritage nonetheless. Neither is fluent in Korean, but as kids they understood enough to know when they were in trouble. Or, in the case of Grace and her sister Liz (who also works here), only know chosen words for things their parents didn’t want them to say in English.

IPAS THIRD CULTURE CHILDREN
A collaboration seemed meant to be. Although each brewery has worked with many others in the past, this partnership differed by putting the female founders first. Eventually, they decided to brew two different beers. Caroline wanted a true Pacific Northwest IPA to celebrate her father who helped instill a love of craft beer by sharing IPAs with her. Grace and Liz wanted a Cold IPA. They felt that this hybrid style—an IPA fermented on lager yeast—represented their experience as Hapa, people of partial Asian or Pacific Islander descent. Their American mother met their Korean father when she was a Peace Corps volunteer in South Korea in the 1960s.