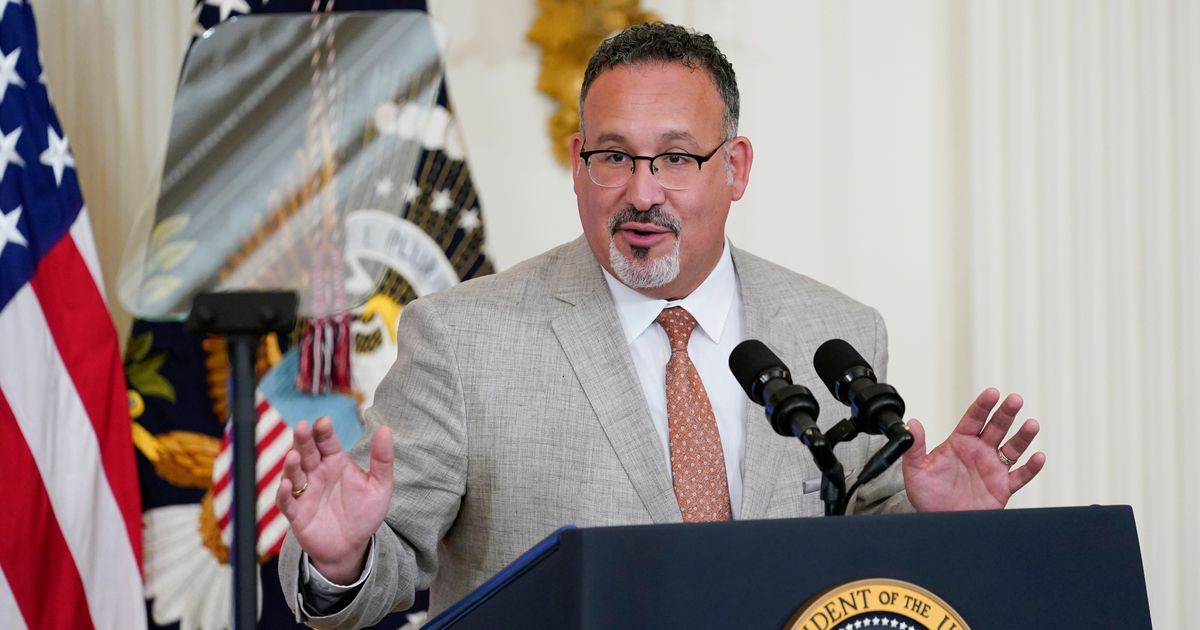 US education chief calls for action to prevent school shootings

WASHINGTON (AP) — Education Secretary Miguel Cardona said Thursday he is ashamed that the United States is “becoming callous to the killing of children” and that action must be taken now to prevent more lives not be lost in school shootings like the one in Uvalde, Texas.

Cardona spoke at a House Education and Labor Committee hearing two days after a man armed with an AR-15 rifle burst into an elementary school and killed 19 children and two teachers. The massacre, which followed the fatal shooting of 10 people this month at a grocery store in Buffalo, New York, has reignited the gun control debate.

On Thursday, committee chairman Rep. Bobby Scott, D-Va., opened the hearing by holding a moment of silence in memory of those who died in Texas.

As the hearing focused on the Department of Education’s budget and priorities, Cardona began her testimony by addressing the shooting.

“After Columbine, after Sandy Hook, after Parkland, after each of these massacres and others, we as educators have done our best to look parents in the eye and assure them that we will do everything to protect their babies,” Cardona said, referring to school shootings in Colorado, Connecticut and Florida.

But he said any measures taken in response to those prior school shootings — including active fire drills, online early detection tools and more secure building entrances and perimeters — “are not to be the height of what we face”.

Providing no details, he said, “we must act now” to protect America’s children. “Let’s not normalize this,” he said. “Let’s use every ounce of influence we have to do something to prevent this from happening again.

Cardona told lawmakers it ‘would fail you as education secretary if I didn’t tell you I was ashamed, I am, that we as a country are becoming callous to the killing of children . I would disappoint you as Education Secretary if I did not use this platform to say that students, teachers and school leaders are scared.

The Cabinet member did not go as far as his boss, President Joe Biden, who in an emotional speech on Tuesday said, “When in God’s name are we going to stand up to the gun lobby ?”

Biden has previously called for bans on assault-style weapons, tougher federal background check requirements and laws to keep guns out of reach for people with mental health issues.

The gun fight has been divided largely along party lines. Senate Republicans on Thursday blocked a domestic terrorism bill that would have opened up debate on gun safety.

Rather than regulating guns, some Republicans have proposed arming teachers to deter school shootings.

“And the solution to arming teachers, in my view, is further disrespect for a profession that is already beleaguered and does not feel the support of so many people,” he said.

Scott, in his opening remarks, called school shootings “all too common” in America.

“We could have prevented a lot if elected leaders valued children and families more than guns,” he said. “Instead, time and time again, Congress has failed to pass sensible or broadly supported proposals to respond to these tragedies and prevent another from occurring.”

“We need to think about how we discuss and deal with school safety and mental health issues,” Foxx said. “Federal changes should not be rushed.”

Read more about the school shooting in Uvalde, Texas: https://apnews.com/hub/school-shootings