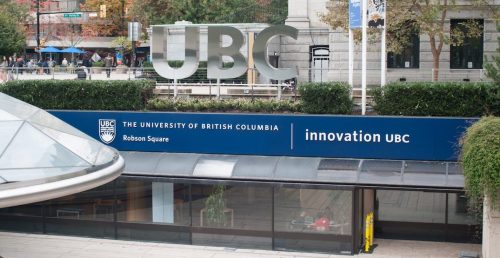 Vancouver ranked 7th best city in the world for technology, education is key

Of the 30 global cities rated for their tech savvy, Vancouver tops the pack, largely due to the role its tech-friendly post-secondary institutions play.

A new report from UK financial comparison website Money.co.uk ranks Vancouver seventh among the best cities for tech, based on factors including income from tech jobs, number of successful startups and availability of degrees related to technology offered by its post-secondary schools.

Vancouver ranks just behind Seattle and San Francisco but ahead of Los Angeles, Stockholm and Dallas. Only one other Canadian city moved up the rankings; Toronto is ranked 15th overall.

Vancouver’s placement is partly propelled by having the highest average college score in engineering and technology.

“It’s not just the potential employment in the tech sector that could attract people to a particular city, but also education,” the report reads.

“Looking at the universities highlighted by the QS World University Rankings for their technology degrees, the city with the highest average score is Vancouver, home to the University of British Columbia.”

Vancouver also has one of the highest median IT salaries – US$101,293. It’s just one of seven cities to have an upper median tech salary range of between $100,000 and $122,000, joining New York, Washington, DC, Denver, Boston, Los Angeles and Dallas.

Both Canadian cities are among the top cities for the disposable income factor for IT workers, with Vancouver at US$64,050 and Toronto at US$63,584. Both are in the middle of the pack when it comes to cost of living.

In 2021, CBRE ranked Vancouver as having the 11th best tech talent in North America.

CBRE also considered the role that post-secondary institutions play in Vancouver’s tech ecosystem. Vancouver post-secondary institutions awarded 12,944 tech degrees between 2015 and 2019, and 24,200 tech jobs were added to the city from 2016 to 2020, representing a net “brain gain” of 11,256 tech workers – from both local and locally trained talent and those who have moved to the city in search of opportunity.

There are now 91,200 tech employees in Vancouver, representing a 36% increase over the past five years and an 8% share of all jobs in the city.

Much of the city’s current momentum is spurred by Amazon’s big expansion into downtown Vancouver.

The most tech-savvy cities in the world