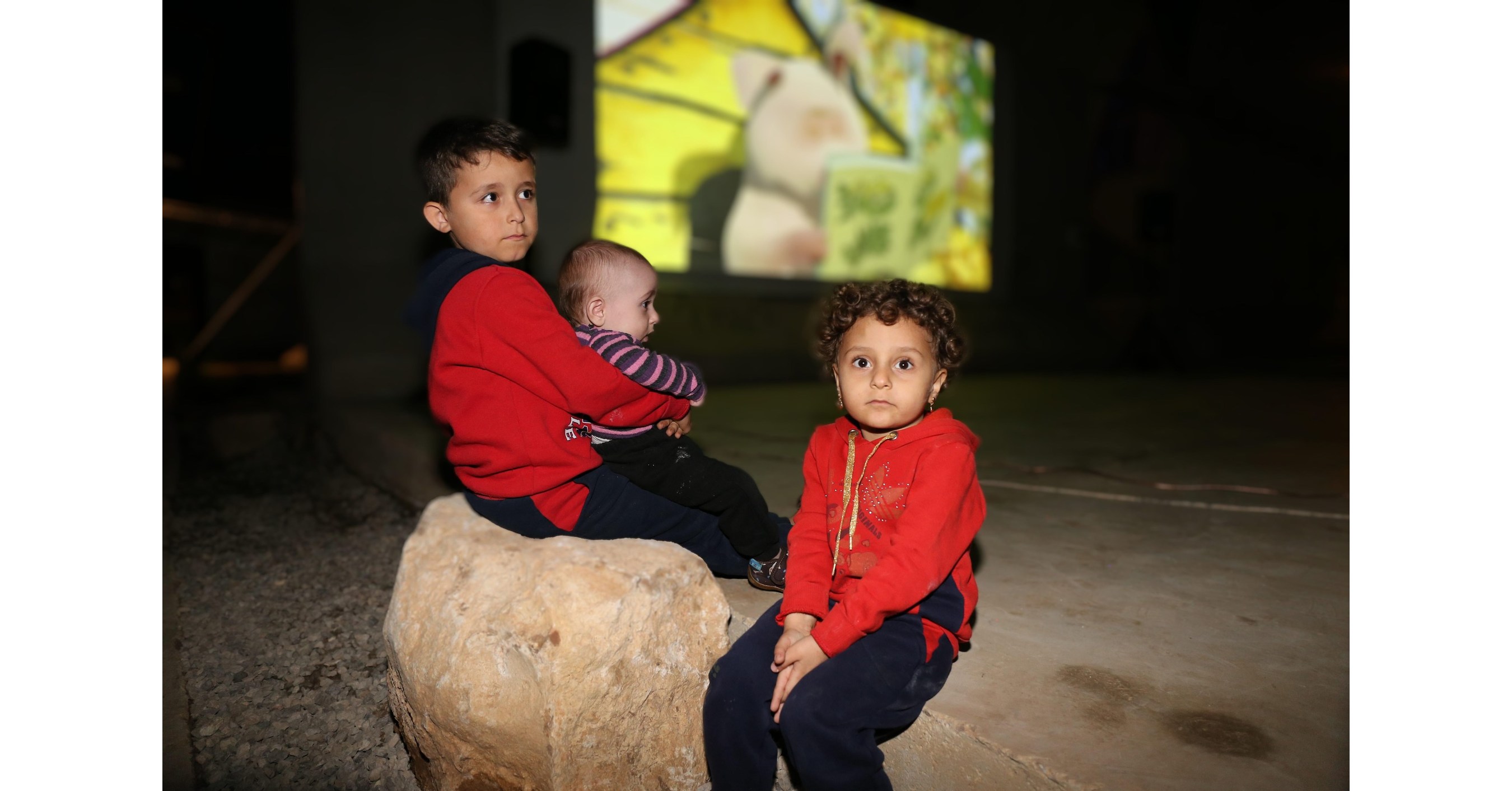 The Taiwan – Reyhanli Center for Global Citizens is located at Turkey Hatay province, which shares a border with Syria. This region has seen a significant influx of internally displaced people over the past decade. Founded by from Taiwan Ministry of Foreign Affairs and in cooperation with the Municipality of Reyhanli, the Center was established to provide education, training and socio-cultural exchanges to Syrians and locals. It has 52 multipurpose rooms that serve a wide range of functions, including offices, classrooms, shops, cafes and artist studios.

The event, which was titled “Taiwan Films Illuminate the Border Between Turkey and Syria“, Sponsored by from Taiwan Ministry of Culture, started at the Center on November 13 for five consecutive weeks. The event featured a diverse selection of Taiwanese films three evenings a week. During the event, the audience was transported Taiwan to discover stories about local indigenous culture, family relationships, environmental conservation, and more.

“We created the Center to be a place of empowerment and education – a place where people could have opportunities to learn, expand their understanding of the world and have fun while doing so,” said said dr. Chen Yu Chiu, Founding Director and Principal Architect of Taiwan – Reyhanli Center for Global Citizens. “This event is a fantastic opportunity for attendees to get away from the daily grind and experience Taiwanese culture through cinema – something they may not have been exposed to in the past. But more Importantly, through these films exploring everything from youth to the environment, to family ties, it is an opportunity to reflect on some of the common themes that unite us all. ”

The films of Taiwan were projected outdoors onto a 3 x 6 meter screen. For this demanding task, ViewSonic supplied its commercial grade LS850WU high brightness laser projectors, ensuring cinema-quality projection in a semi-lit environment. Through this approach, audiences were able to enjoy these films through rich visuals that truly bring Taiwanese culture to life. The screenings allowed participants to learn and immerse themselves in another part of the world.

“It is a pleasure to work with the Taiwan – Reyhanli Center for Citizens of the World to support this valuable cultural exchange initiative,” said Dean Tsai, Dean Tsai, General Manager of the Projectors and LED Displays business unit at ViewSonic. “We are committed to promoting education and helping people through our solutions. In the spirit of humanity, we are more than happy to help Mr. Cho achieve his goals, to help people return to normal lives, and to inspire the world to see the difference between the ordinary and the ‘extraordinary.”

Mehmet Hacioglu, Mayor of Reyhanli, said: “The Taiwan – Reyhanli Center for Global Citizens has already become an important resource for providing skills and training, and we are now delighted to open art exhibition opportunities. and culturally diverse. I look forward to the Center by offering more exciting cultural experiences like this in the future. “

About “Taiwan Films Illumine the Border between Turkey and Syria“

Hang in there, kids!

Three boys from the village discover their teacher’s musical audition tape, only to decide to take him to town in the hopes of finding someone to recognize his true talent. Official selection of Taiwan for the Oscar for best foreign language film. Nominated for 3 Golden Horse Awards (Best New Performer, Best Original Screenplay, Best Original Song).

To my dear grandmother

A man looks back on his life as he examines his relationship with his grandmother. Through this approach, the film tells of how her grandmother supported her family and inspired people to cherish their own families. The opening film of the Golden Horse Film Festival 2012. Nominated for 2 Golden Horse Awards (Best Supporting Actress, Best Original Screenplay).

Dafen, in the heart of Yushan National Park, is a place rich in wildlife and indigenous culture. With the help of a native hunter, an environmentalist began her journey in search of Formosa black bears in 1998. In the midst of this wilderness, they gradually developed a deep and sincere company. Through extensive research, the secret of Taiwan’s black bear is revealed.

Panay worked in the city as a journalist. One day, she discovered that her tribe had been overdeveloped and transformed by tourism. They were losing their land and their culture, so she decided to go home to help. In the process, she discovered that it was not just about the earth, but also who she really is.

About Taiwan – Reyhanli Center for citizens of the world

Since 2016, Dr. Chen Yu Chiu, founding director and principal architect of the Taiwan – The Reyhanli Center for Global Citizens, has worked as a volunteer to establish a cooperative community that looks beyond its nationality. This will allow each person to become better and more equal to Reyhanli. The 52-unit space Taiwan – The Reyhanli Center for Global Citizens should include offices, classrooms, shops, cafes, art studios, exhibition halls, children’s play areas and mosques. In addition, a cultural and creative design center and a factory to promote local traditional crafts will be built. It will create a series of unique products with border cultural elements to provide a source of income for Turkish citizens and Syrian refugees.

Founded in California, ViewSonic is one of the world’s leading providers of visual solutions and operates in more than 100 countries around the world. As an innovator and visionary, ViewSonic is committed to providing complete hardware and software solutions that include monitors, projectors, digital signage, ViewBoard interactive displays and the myViewBoard software ecosystem. With over 30 years of expertise in visual displays, ViewSonic has established a strong position to provide innovative and reliable solutions for the education, business, consumer and professional markets and to help customers “see the difference “. To learn more about ViewSonic, please visit www.viewsonic.com.