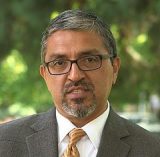 More than a year later JesÃºs Aguirre quit as Seattle Parks superintendent, he has just been appointed to return to work. This is one of four cabinet-level changes announced by Mayor Jenny Durkan’s office today. Aguirre left in January last year to join his family’s welding business. Christophe williams, who served as interim superintendent for four years before Aguirre was hired in 2015, has replaced since his departure. The mayor’s press release also notes the imminent departure of the director of the City Housing Office Steve walker as well as candidates to head the Office of Economic Development and the Office of the Employee Ombud; read it after the jump:

First, Mayor Durkan will appoint JesÃºs S. Aguirre as Superintendent of the Department of Parks and Recreation (SPR), a role he held from June 2015 to January 2018. Prior to his service to the City of Seattle, JesÃºs served as the State Superintendent of Education in Washington, DC, and as the Director of the Parks and Recreation Departments of the District of Columbia, among many other roles in government and the public service. .

â€œWe are delighted to welcome JesÃºs Aguirre to the City family and to Seattle Parks & Recreation,â€ said Mayor Durkan. â€œJesÃºs has a proven track record of working collaboratively and with the community to help make Seattle a more inclusive, fair and beautiful place. Under his leadership, Seattle Parks & Recreation will continue to promote healthy people, a healthy environment and strong communities. “

â€œIt is an honor to be appointed by Mayor Durkan to the position of Superintendent of Parks and Recreation. As Seattle continues to grow and change, parks and recreation will play a key role in improving the livability of our city and ensuring that it is truly accessible and affordable for all, â€said JesÃºs Aguirre. â€œSeattle has one of the best parks and recreation systems in the country and I look forward to working with the Mayor, Council, Parks and Recreation team and our many community partners to responsibly manage this great system. as we work to support a healthy environment. environment, healthy people and strong communities.

Second, Mayor Durkan will appoint Bobby Lee as the next director of the city’s Economic Development Office. Mr. Lee is currently Director of Economic Development for the City of Portland. Prior to his service with the City of Portland, Bobby worked in Governor Kate Brown’s office as the Regional Solutions Coordinator, where he led an integrated team focused on solving the state’s economic and community development issues. In addition to working in the private sector and for advocacy organizations, including Oregon’s largest workforce development agency, Mr. Lee has also served on Eugene City Council, in Oregon.

“As our city grows and faces unprecedented affordability challenges, Bobby is the right person to lead the Office of Economic Development and help foster a strong and inclusive economy and promote real opportunities for all.” , said Mayor Durkan.

â€œI am deeply honored to join the City of Seattle and Mayor Jenny Durkan team as Director of Economic Development,â€ said Bobby Lee. â€œWhen I saw the mayor’s recent state of the city speech, I knew I wanted to work with her. His vision of building an inclusive and widely shared economy is the same one I have spent much of my career working for. I hope to be an agent of positive change for all of Seattle. “

Dr Khan is currently Director of Equity and Inclusive Practices at Renton School District. Previously, she was Associate Director of Global Diversity Initiatives at Oregon State University (OSU). At OSU, she worked to advance cultural skills on campus through shared learning and training. Dr Khan spent the start of her career working as a humanitarian aid worker in South Asia and the United States. She is an international development specialist with extensive experience in conflict management and peace studies.

â€œI join with the employees of the City of Seattle in welcoming Dr. Amarah Khan to our incredible workforce. Dr. Khan is an inspiring woman who is deeply dedicated to creating a safe and inclusive work environment that gives City employees the support they need, â€said Mayor Durkan. â€œOver the past year, we have worked urgently to make significant changes in our municipal government, raising the voices of those most affected. “

â€œThe opportunity to serve one of the best cities in the world is a real honor. This job has become my calling in life, and I am delighted to join City employees who wish to improve the way we elevate each other, â€said Dr. Khan. â€œChange won’t happen overnight, but City employees will always have my impartial and honest support. I look forward to serving a great community.

In December 2018, the city council unanimously voted to pass Mayor Durkan’s law establishing the OPA. The OPA was one of the main recommendations of the Interdepartmental Anti-Harassment Team (IDT), which Mayor Durkan created in January 2018 to review the City’s policies on harassment, discrimination and other forms of harassment. ‘misconduct.

Led by Dr. Khan, the OPA will be a safe and confidential space where City employees can discuss workplace concerns, including harassment, discrimination and other forms of misconduct. The ombud will help employees navigate all of their options when it comes to addressing workplace culture, but he will not be conducting investigations. While Dr. Khan works in the coming weeks to straighten out the office, she will hold a series of listening sessions with City employees to further shape the office’s mission and work plan.

In addition, Mayor Durkan announced that Steve Walker, director of the City’s Housing Office, will be leaving the City this summer.

â€œI am grateful to Steve for his years of service in Seattle and for all of his work in addressing one of the biggest challenges Seattle faces: affordable housing. Under his leadership, the Housing Office forged strong community partnerships and worked to build housing in every part of the city, â€said Mayor Durkan. â€œBy working with communities and our partners across the region, we will continue to build more affordable housing as quickly as possible. “