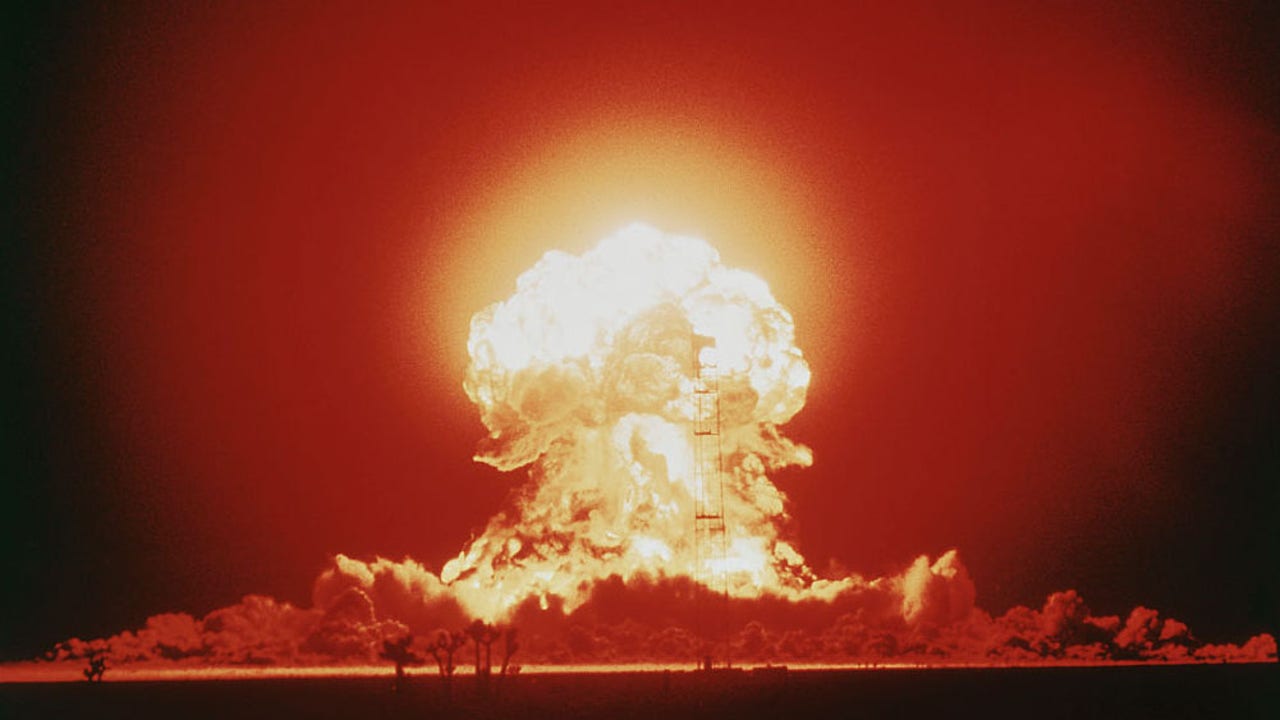 What to do in the event of a nuclear explosion? The US government updates its guidelines

WASHINGTON – The ongoing Russian invasion of Ukraine has entered its fifth day and, amid speculation about Russia’s use of nuclear weapons, the government website Ready.gov has updated its list of guidelines on means of preparing for and protecting oneself in the event of a nuclear explosion.

Over the weekend, President Putin ordered Russian nuclear weapons to be readied for increased launch readiness, raising tensions with Europe and the United States over the conflict that is dangerously close to escalating. extend beyond the former borders of the defunct USSR.

The practical meaning of Putin’s order was not immediately clear. Russia and the United States generally have nuclear land and submarine forces on alert and ready for combat at all times, but bombers and other nuclear-capable aircraft do not.

On Friday, the official Ready.gov website updated its guidelines on what to do in the event of a nuclear explosion. It wasn’t immediately clear if the update was related to anything specific or just a coincidence.

What you need to know about nuclear explosions

Nuclear explosions involve the use of nuclear weapons, which are devices used to create a massive and destructive explosion. These explosions can happen within minutes without warning, according to Ready.gov.

What are the dangers of a nuclear explosion?

There are several dangers associated with nuclear explosions. A flash of light from an explosion can cause temporary blindness to a person for less than a minute.

Another hazard is called a blast wave which can cause death, injury and damage to buildings several miles from the origin of the explosion. The fire and heat from a nuclear explosion can cause death and burns.

Radiation exposure from an explosion can damage a person’s cells in their body and can also cause radiation sickness.

Nuclear explosions can also cause fallout, which is visible radioactive dirt and debris that falls from the sky several miles away and can sicken people outside. According to Ready.gov, fallout is very dangerous in the first few hours after an explosion because it produces high levels of radiation.

Additionally, the fire and heat of a nuclear explosion can cause death and burns.

How can I prepare for and stay safe in the event of a nuclear explosion?

Nuclear explosions are unpredictable, but that doesn’t mean you can’t take the necessary precautions to stay safe.

When warnings are given by officials of a possible explosion, it is essential to get to a safe space or quickly to a nearby building. Inside either location, it is important to avoid standing near windows to stay safe from the blast, heat, and radiation of a nuclear explosion.

If you are outdoors when a nuclear explosion occurs, you should find shelter behind anything that provides protection from the explosion. It is important to lie on your stomach to protect your skin from heat and flying debris. You should also avoid touching your eyes, nose and mouth.

It is essential to have adequate supplies during a nuclear attack. Emergency supply kits are ideal to take with you when you are staying somewhere for a long time. This kit should contain bottled water, packaged food, medicine, batteries, and a wind-up or battery-operated radio to receive media reports in the event of a power outage.

People who are sick or injured in a nuclear explosion should listen to instructions to seek medical attention when law enforcement officials believe it is safe to leave a safe space. Once it’s safe, you should call your health care provider for instructions. If you are staying in a public shelter, you should let the staff at the facility know so they can contact a local hospital or clinic.

What happens if I am exposed to radiation during a nuclear explosion?

If you are exposed to radiation, you should immediately remove your clothing and wash your skin if it is unprotected. It is also important to avoid touching your eyes, nose and mouth. ‘

Shower or wash with soap and water to remove fallout from skin or hair that was not covered. If you can’t wash or shower, use a clean wet wipe or cloth to wipe off any exposed skin or hair. If you are a pet owner, you should thoroughly clean your pets to protect them from possible radiation.

Hand sanitizer and disinfectant wipes are not effective items for cleaning your skin after radiation exposure.

Where should you go during a nuclear explosion?

Having a designated shelter space is one of the best ways to prepare for a potential disaster. These areas can be places where you spend the majority of your time, including your home, office, and school. Outdoor spaces like cars and mobile homes do not provide quality shelter in the event of a nuclear explosion.

When a nuclear explosion occurs, the best place to seek shelter is in the basement or in the middle of a room in one of these places to avoid radiation exposure. If you have pets, make sure they are with you and protected.

If a person is sheltering in place with people who are not family, it is important to keep a distance of six feet from them.

Families who are separated in nuclear explosions should stay indoors wherever they are and should wait to reunite with loved ones to avoid potential radiation exposure.

According to Loan. gov, it is recommended that you stay inside a building for 24 hours, unless local law enforcement provides other instructions.

This story was reported from Washington, DC