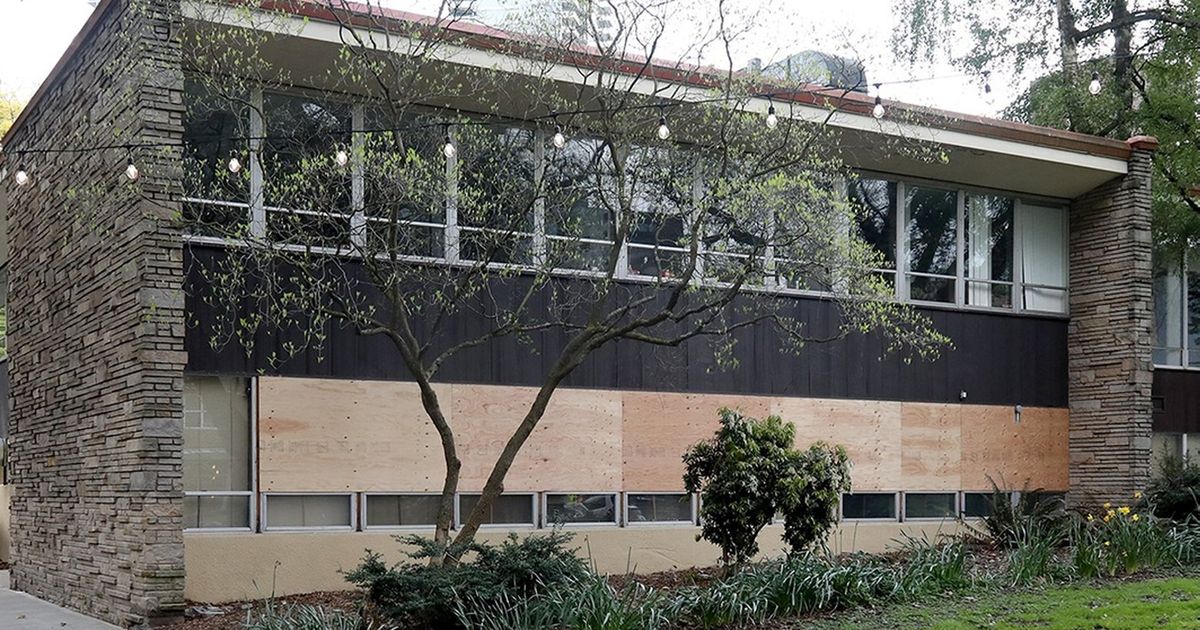 In an apparent commentary on the city’s homeless encampment clearances, a Seattle Parks and Recreation building was vandalized over the weekend with a message to the city: “You sweep, we knock.”

According to Rachel Schulkin, spokesperson for the Department of Parks and Recreation, the building on Dexter Avenue in South Lake Union was vandalized between Saturday night and Sunday morning.

The words appear to refer to the city’s removal of homeless encampments, which some call “sweeps,” which the Parks and Recreation Department helps coordinate.

Since Mayor Bruce Harrell took office in January, the city has stepped up its encampment cleanup efforts, with 30 camps cleared in its first 100 days, up from a total of 70 in 2021.

The evictions drew a strong backlash from community advocates, including a week-long standoff with protesters who occupied a downtown encampment until Harrell ordered an eviction in March.

Harrell condemned the vandalism in an emailed statement Wednesday, calling for a safer environment for department employees and the city’s unified care team, which works with the public during camp relocations.

“Our parks employees, along with the HOPE team and workers from all departments that make up our unified care team, are doing an amazing job supporting people who are homeless,” Harrell said. “They have my full support – and they deserve to feel safe at work.

“These employees are in a position to help people. In the first quarter of this year, the Unified Care team referred over 300 people to shelter, helping to make a tangible difference in the lives of the most vulnerable.

Harrell, whose concern for graffiti was prevalent throughout his campaign, announced a public effort to tackle graffiti and litter last week, calling May 21 a citywide day of service to volunteers to help beautify the city.

“This type of vandalism is completely unacceptable – it does nothing to help people get out of homelessness and into a shelter with services. It does nothing to restore parks, playgrounds and public spaces. The way to bring about change is to engage, not lead to division,” Harrell said.

According to Schulkin, a police report was filed, but there were no known suspects as of Wednesday night.

How Italian culture inspired Starbucks to add lattes to its menu